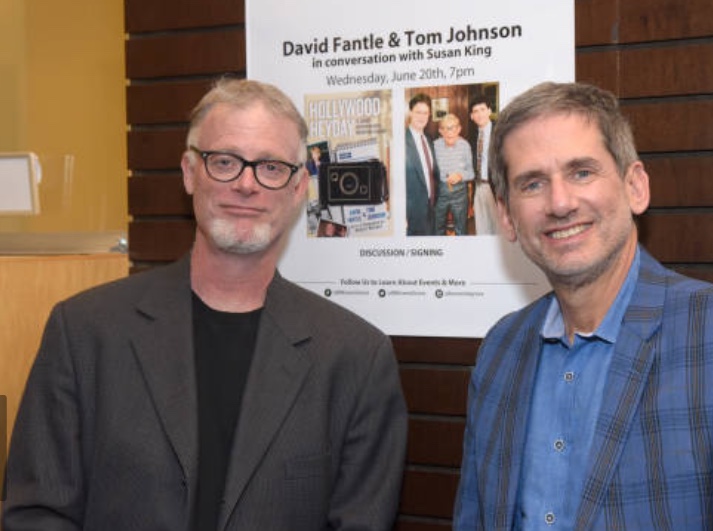 Authors of Hollywood Heyday. In 1978, Fantle and Johnson, St. Paul teenagers, boarded a plane to meet with Fred Astaire and Gene Kelly. They had written the stars requesting interviews--and to their amazement, both agreed. Over the years, more than 250 other stars also agreed--Lucille Ball, Bob Hope, James Cagney, Mickey Rooney, Debbie Reynolds, George Burns, Rod Steiger, Milton Berle, Frank Capra and Hoagy Carmichael, to name a few. Published for the first time and with exclusive photos, this selection of 75 interviews chronicles the authors' 40-year quest for insights and anecdotes from iconic 20th century artists.

The Two Sides Of Don Rickles Don Rickles was a study in contrasts. The man who made a career out of sarcasm and insults and who has been variously tagged with th…

Janet Leigh & Tony Curtis And The Art of Crowd Control

Janet Leigh & Tony Curtis: A Star-Crossed Couple Once upon a time in Hollywood (the early 1950s to be exact), there lived a beautiful princess named Jan…