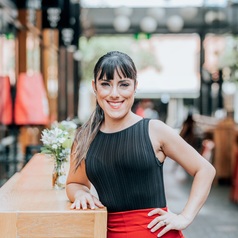 Lecturer, University Of Southern Queensland. Dr Raquel Peel is an internationally recognised TEDx speaker, an emerging researcher, and passionate lecturer. She holds a PhD, a Bachelor of Psychology with Honours, and a Bachelor of Arts with a double major in Art History and Music. Currently at the University of Southern Queensland, she is a Psychology & Counselling Lecturer. She is interested in researching relationships, suicide, bullying, and medical education. She also enjoys promoting scientific research to engage both academics and members of the general public. Her research has received extensive media coverage including TV and radio interviews, newspaper articles and publications on The Conversation, TED, ABC News, and Psychology Today. On October 2018, she gave a TEDx Talk on self-sabotage in romantic relationships. Her work as an educator has been recognised with prestigious Teaching Awards. She is also passionate about raising awareness of mental health in higher education and have developed the Mental Health Program for Higher Degree by Research Candidates for James Cook University. Overall, she is passionate about people and the expression of life. She is originally from Brazil and has travelled and lived in many places around the world. She currently lives in Brisbane, Australia, with her husband Matthew, their two cats Tigre and Patera, their Miniature Pinscher, Lobinha, and their Doberman, Urso.

Popular culture has plenty of examples of people sabotaging their romantic relationships. In the movie 10 Things I Hate About You, Kat says she has n…