The Electric Vehicle Is Here

There are more and more on the streets and freeways everyday. They are the “wave of the future.” But like all future waves there are associated “costs” when we insert a little reality into the opportunistic future.

So – let’s take a look at those realities of electric vehicles. Let’s say that someone decides to do their part in saving the planet and goes green and buys a new electric vehicle. Can they smugly drive down the road giving themselves a pat on the back?

The first hurdle is how did they go about financing the new electric. In particular, what happens with their old internal combustion vehicle?

Did they take it out to their back forty acres and bury it? If so, it will slowly, (very, very slowly,) return to its initial elements. Still, future archeologists will be able to tell that “once a vehicle was buried here.”

Did they take it to a wrecking yard to be crushed into recyclable components? Maybe a few parts to be reused for other vehicles still on the road?

Because they have a significant investment in their old vehicle, they most likely traded it in on the new electric go buggy. Check the Tesla website. They not only sell electric vehicles but sell a LOT of traded in gas and diesel vehicles. They send them to auction and they end up on some conventional dealer’s lot – to be resold to a new buyer.

Barring an accident, today’s modern vehicles are good for probably 200,000 miles – or more. When a three year old vehicle with 40,000 miles on the odometer is traded in, it’s going to end up with someone else driving it for the remaining 160,000 miles.

So while someone is cruising along in the new electric, thinking that they have stopped the production of carbon dioxide, their old vehicle is also cruising along just as if they still owned it. Until the used car is eventually scrapped, the CO2 production hasn’t dropped one iota. Change never comes quickly.

That’s bad – but it gets worse.

The new electric vehicle wasn’t conjured into existence by the Genie out of Aladdin’s Lamp. The steel started as iron ore, the aluminum as bauxite, the glass and chips started as sand, the tires and electric insulation started as petroleum, the lithium in the batteries likely came from brine pools or from spodumene, and so on for each and every part. Each of those raw materials had to be mined, extracted, refined, processed, manufactured into final form, and transported over and over again.

Finally, the electrically powered robots in the factory assembled it into the final vehicle – which had to be transported again to you. Each and every step in this long chain took energy – a lot of energy. Most of the cost of a new vehicle is the energy used to transform it from raw materials into the final vehicle. In essence, what was bought was a huge accumulation of energy. We’ll get to where that energy came from and the consequences shortly.

So far, we haven’t reduced the energy demands and associated CO2 and counting the energy used in the production of the vehicle, they have actually increased.

But still as the vehicle travels the highways and byways it’s totally green… Until it has to be recharged. The energy pumped into the batteries has to come from somewhere.

The latest numbers I could find for world electricity production by source are from 2019. I’m using the world figures as CO2 is a world problem, not just the US.

Note that the top two, coal and natural gas, represent 61% of the production – and produce the CO2 we’re trying to eliminate. In essence, our green vehicle has just transferred at least part of the CO2 production from the vehicle’s tailpipe to a power generating station. The same sources are where the power came from to build the green electric vehicle – along with the fossil fuels used by the mining equipment, processing equipment, transportation equipment, etc.

And it gets worse. At present, electric vehicle charging represents a small portion of electricity demand.  As more vehicles switch from petroleum fuels to batteries, the electrical charging demands are going to soar. Which means more power plants. More power plants, which even if “green” such as wind and solar, require a huge amount of energy to be constructed. It also means more transmission lines, more substations, more everything and “everything” requires energy.

So – what about nuclear fusion generators? Pump sea water in one end and out comes electricity from the other end?

Unfortunately, it doesn’t work like that. Nuclear fusion needs its own “reality” article, but in brief:

But Can We Break Even?

At present we are trying, and have been trying for at least fifty years, to make the very simplest type of fusion just break even.  That is, produce as much energy as we have to pump in to get it started. We’re not there yet by a long shot. Our current simple research program is to get two isotopes of hydrogen, 2H (Deuterium consisting of a proton and a neutron) to fuse with 3H (Tritium consisting of a proton and two neutrons) called the D-T reaction. Even if we get it to work, there are major problems.

The first is that D-T reaction produces a helium 4 atom (4He) but also produces a neutron which carries off 80% of the energy.  That high energy neutron in a short period of time results in neutron activation of the reactor materials and they become radioactive. Worse, neutron activation causes embrittlement of the reactor vessel which leads to cracks which means that the radioactive containment vessel must be replaced periodically.

Second, our current major source (95%) of hydrogen isn’t electrolysis of water but is produced from steam refining of natural gas.

However, it is possible that if we can finally get the D-T reaction going, we might be able to use the problem neutron to create more tritium from a breeder reaction with lithium to use as fuel.  Maybe.

There are other fusion reactions but all of them are many times more difficult than the D-T one we’re trying at present.

Since I was a child, nuclear fusion electric power generation has been promised within the next 30 years. Fusion electric power has been in the news a lot recently, but even the most optimistic prediction is that it is still 30 years or more before a single commercial watt is produced.

Please understand that this is not a condemnation of electric vehicles but just an attempt to look at the reality of the “big picture.” More electric vehicles will be produced and more internal combustion vehicles will be retired from service. Our electric infrastructure will need a big boost to meet the demand. Like most other engineering challenges, all of that will take time and money.

If I had to guess, I think we will see more wind farms as they are the cheapest green energy in terms of dollar cost and energy cost to build.  We’ll see more solar, but solar is more expensive and refining silicon to make the photovoltaic cells takes a lot of energy.  There will probably be a resurgence of nuclear fission as there are some new designs for smaller, more cost effective generators that may see service.  Maybe.

Whatever transpires, we, and our electric vehicles, are in for a bumpy ride for the next few decades. Just remember the immortal words of science fiction dean, Robert Heinlein – TANSTAAFL. (There Ain’t No Such Thing As A Free Lunch.) 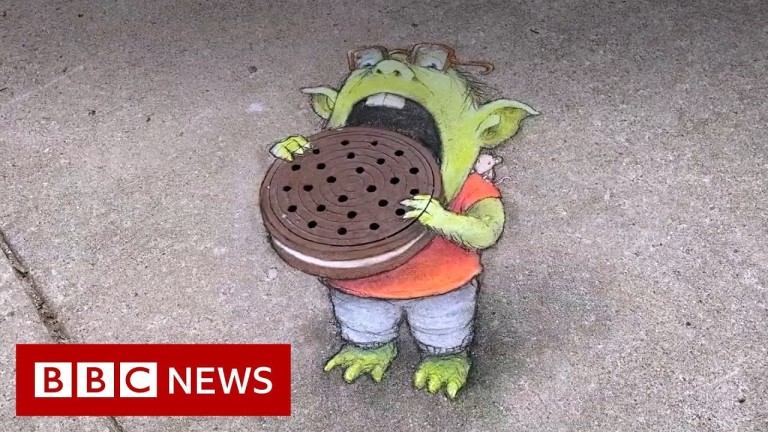 Street Art On A Whole Other Level 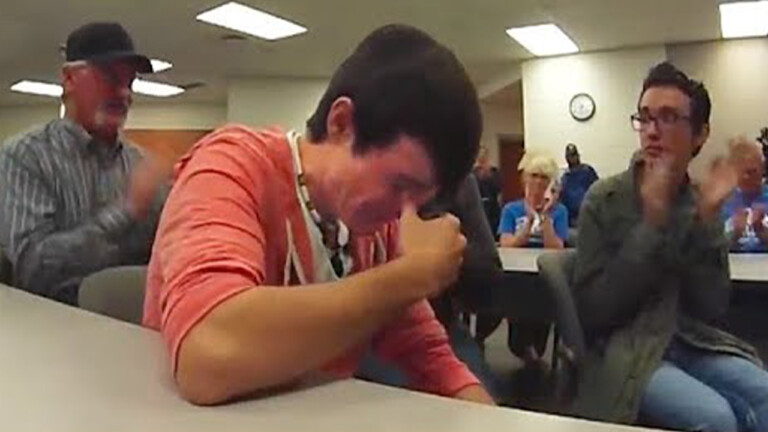