Everyone Hates The Cable Company

One of America’s favorite pastimes is calculating the rate at which our collective lifespan decreases as we deal with the never ending array of cable company failures.

Last week, a cable contractor showed up to install cable for my neighbors. As expected, once he left, I no longer had cable. Or internet. I tracked down his number, called him, and he nonchalantly, but with a hint of pride, confided in me that when he couldn’t find a second portal, he promptly solved the problem by disconnecting MY cable and giving it to my neighbors.

When I raised my voice to demand to know what he was going to do to prevent me from having a heart attack, he cheerfully informed me that he cannot do anything, but would call his supervisor for guidance.

After not hearing back from him, I called his supervisor, who unsurprisingly had not been told anything and had no idea what I was talking about or why I was interrupting him sitting around supervising idiots. I remained silent for effect, then began to laugh softly, gradually increasing the volume of my laughter until I was confident it had reached a maniacal level.

Unfazed, the supervisor assured me that he could not guarantee that he could send someone over to reinstall my cable, the very cable his employee stole from us.

Safe To Say I Wasn’t Surprised

When I hung up, I was at peace, because I had anticipated the complete scenario before it unfolded–from the cable guy stealing my cable to the supervisor not being made aware of the theft. And so I sat at my desk, serene smile on my worn face, staring at the wall, and gently rocking back and forth in my chair. On the heels of this and countless other incidents, I decided to file a complaint against the cable company with the Better Business Bureau, citing pain and suffering, and general bitterness at things.

Being a village elder who is revered by the locals, I decided it would be in bad taste to demand financial compensation. Fortunately, BBB listed “written apology” as another resolution option. I enjoy when people come crawling to apologize to me, so I picked that one.

Shortly after filing the complaint, I got a generic email from BBB informing me that my complaint is not under their purview. Perplexed, I sifted through the email, which included a list of complaints that the BBB does not handle–the very last one being “COMPLAINTS SEEKING AN APOLOGY”, which was one of the options BBB prompted me to pick. So in fact, BBB had laid a brilliant trap for me and took advantage of my magnanimous nature which had compelled me to not seek financial retribution. Now, where can I file a complaint against the Better Business Bureau? 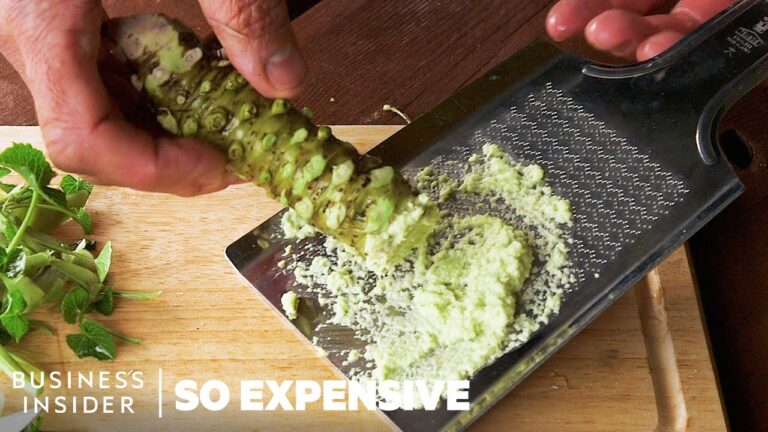 Why Real Wasabi Is So Expensive | Business Insider