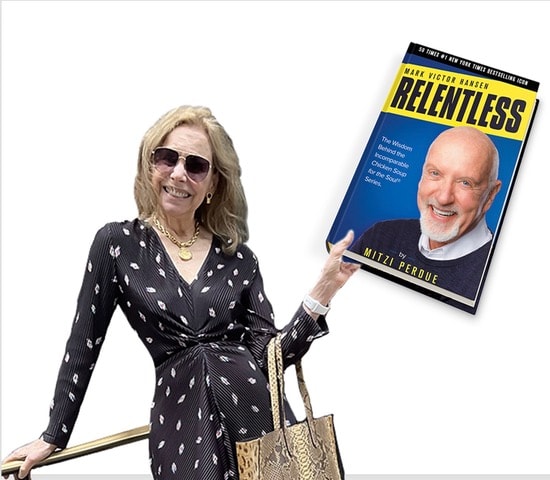 Nate Kievman, Founder of Linked Strategies, has two success recommendations that you probably won’t come across in a Harvard Business School Class. For that matter, you probably won’t find them any place I can think of– except Manopause!

There’s a reason the two ideas you’re about to read caught my attention. I got to see how those same two approaches helped my father grow the Sheraton Hotel Chain from no employees to 20,000 at the time of his death. The ideas are now concepts that influence and guide my life.

And by the way, you’re not too old to be thinking of ways to have more success in your life. Actually, by my standards, you’re a child!  I’m 81, so unless you’re as old as I am, you’re still the kid stuff, and why am I hanging out with you?(Just kidding!)

The best philosophy for success is building the best relationships that you can.

“It’s not about you,” Kievman says. “It’s about understanding what people need out of life and helping them directly or indirectly, adding value to their lives.” And that, he says, is going to keep you on people’s radar and get you the best referrals.

I saw that in my father’s life, as he was building Sheraton. One of his principles, when he was negotiating to buy another hotel, was, “Always leave something on the table.”

He felt that it was a far better move to be a fair and even generous negotiator, as opposed to being a shark, fighting to get every last penny he could get. The result of that attitude was a major factor in what made Sheraton grow from one hotel to 400 at the time of his death.

Father told me that in each individual case, he could have bargained harder and come out a little further ahead. But that wasn’t his goal. He was playing a long game. He wanted to take into account what the other side wanted and needed, and he wanted any transaction to be one in which both sides weren’t just happy, he wanted them to be enthusiastic about the transaction.

By being known for being fair and generous, it happened over and over again that when, for example an elderly widow inherited a hotel and asked her lawyers for help with selling it, they’d direct her to my father first. They wanted their client to be dealing with someone with Henderson’s reputation for generosity and fairness.

Get energy and inspiration from your imaginary advisors.

After all, it’s clearly an extraordinary claim to ask businesspeople who are making important decisions to consult “imaginary advisors.”

And yet, I witnessed that this approach worked.

When I was a teenager, I was forever asking Father what was the secret of his success. He had many answers, but one of the standout ones is, he used to imagine he was talking with a group of his ancestors, seeking their advice.

He told me that maybe seven times in his career, as the President of the Sheraton Chain, he faced decisions that if he got the decision right, Sheraton would flourish. If he got the decision wrong, the company might fail, and thousands of people might lose their jobs. The pressure had to be enormous.

Anyway, he’d tell me that when confronted with these kinds of existential questions for the company, he’d go to bed at night, completely unsure what to do. But he’d wake up the next morning feeling both certain and at peace.

He told me imagined he had spent the night conversing with his ancestors, discussing what he should do. He listened to the advice that came to him, and the seven decisions all worked out and Sheraton flourished.

But he told me, with a wink, “I hope the Wall Street analysts don’t find out how these decisions were made!”

Nate Kievman advises his clients and believes himself that, “The whole masterminding with avatars of historical mentors is a powerful concept. Napoleon Hill used to do it.”

I started out saying that today’s story wasn’t about concepts you and the people you advise would study at the Harvard Business School. But I’m left wondering, what if Nikola Tesla was right, “The day science begins to study non-physical phenomena, it will make more progress in one decade than in all the previous centuries of its existence.”

Mitzi Perdue is a writer, speaker, hotel heiress, and someone who aspires to be a frequent guest on Manopause. Visit her website at MitziPerdue.com or her anti-trafficking charity at ULETGroup.org.

Mitzi Perdue
Mitzi is an anti-human trafficking advocate, a former rice farmer, past president of the 40,000 member American Agri-Women. In the 1990s, and early 2000s her nationally syndicated column, "The Environment and You," was the most widely syndicated environmental column in the US. Recently she’s written a biography of Mark Victor Hansen, the Chicken Soup for the Soul guy. Hansen is in the Guinness Book of Worlds’ Records for selling half a billion books. Royalties for Mark Victor Hansen, Relentless will go to helping Law Enforcement in Ukraine. Like many of you, Mitzi wanted to do something to help the people of Ukraine, and she also wanted to help other people make a difference for the Ukrainian people. After spending time on the ground in Ukraine, visiting bombed out police stations and learning something of the trauma that his a country when lawlessness takes over, she came to believe that one of the great unmet needs in Ukraine today is helping law enforcement recover from the invaders' attempts to destroy it. To help raise funds for helping law enforcement in Ukraine, she is putting up for auction a rare and historic near-perfect emerald that came from the sunken treasure ship, Atocha. It was a gift from her late husband, Frank Perdue. When a volunteer for the Kyiv Region Police told her, knowing that it is her most precious posssission, "You don't have to do this," she answered, "Actually, I do have to do this. By enabling Ukrainian law enforcement to help prevent human trafficking, which is one of their specialties, this ring could save many women from being sex trafficked. I think Frank would have been overjoyed to see this use of his ring."
Comments
More Articles & Videos
ManoMentor 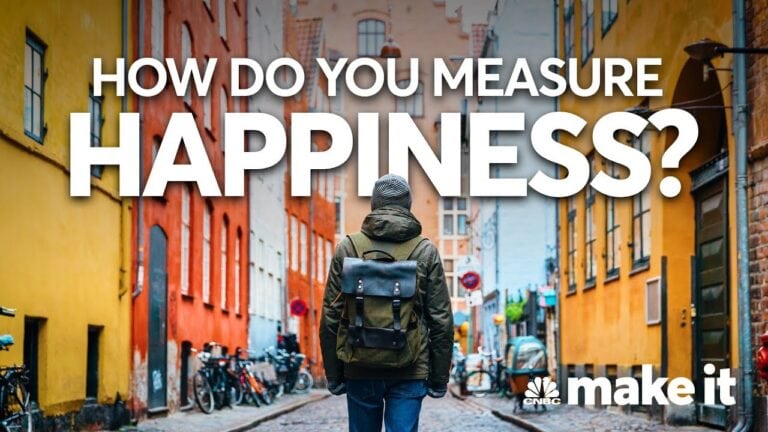 Why Finland And Denmark Are Happier Than The U.S.