Who doesn’t love Awesome Roller Coasters? Me? This summer I wanted very much to do a tour of national parks across this great country, but I was outvoted by my kids and my wife in favor of going on a tour of amusement parks in the Northeast with awesome roller coasters.

Let me begin by saying that I am a very adventurous person and I always have been, but over the past dozen years or so I have developed a fear of heights. It’s inexplicable since I spent quite a bit of my career hanging out of helicopters, setting up remote cameras in catwalks high above sporting events, and even skydiving in my 40s.

Now, I can’t even stand on the balcony of a 10 story hotel room! And quite frankly, I won’t even go near the railing anymore, but somehow my kids and my wife convinced me to go on an adventure where I would go higher and fall farther and faster than I have ever gone before. I lost my voice for the entire trip, on the first day.

Want To Lose Weight And Get In Shape While On Vacation?

We were gone for 10 days, visited 9 different cities, slept in 8 different places, drove through 7 states, visited 5 roller coaster parks, took selfies in front of 6 different NFL football stadiums, rode 4 of the top Top Ten awesome roller coasters in the country, had 3 visits with family and friends, went through 2 rental cars and had 1 blowout flat tire between Maryland in Washington DC.

We averaged over 20,000 steps a day and it was HOT. We road over 50 roller coasters, not including several of the big ones two or three times. It was a hell of a workout. Along the way we hit as many local dining establishments, National monuments and NFL football stadiums as we possibly could. We managed to see the Washington Monument, the Jefferson Memorial and the U.S. Capital building while in Washington DC, and as I stated above, we visited and took selfies in front of football stadiums in Detroit, Pittsburgh, Cleveland, Baltimore, Charlotte and Washington, DC. My son is a big NFL fan and wanted to visit as many stadiums as we could while on our drive.

The Serota Family roller coaster tour of 2021 in review:

#1 park in North America in my humble opinion, this park host’s four of the top 20 rides in North America. The Magnum XL200, Top Thrill Dragster, Millenium Force and The Maverick are known as 4 of the most thrilling roller coasters anywhere on the planet, but after riding them all, the Millennium Force gets my vote is the top ride at Cedar Point.

The Magnum XL 200 get’s (3) OF’s an reaches a top high of 205 ft. with speeds over 70 mph. This ride beats you up a bit and even with the exiting trademarked pretzel turn, the sensational panoramic views at the top and the first BIG loops along the Cedar Park Beach, you might wind up with a few thigh bruises that are difficult to explain to your signifigant other.

The Steel Vengeance get’s (4) OF’s and peaks at 205 ft. off the ground with speeds up to 74 mph. You hang for a second and as you fall 200 ft. at a 90 degree decent, you go rite into turns, flips, spins and 4 crazy inversions. This wooden frame coaster never lets up! You spend a quarter of the ride literally ‘OUT OF YOUR SEAT’. The ride finishes you off with 4 undulations that can only be described as “Professional bull riding”.

The Maverick was unbelievable and get’s (4.5) OF’s. This isn’t the tallest coaster in the park, but the first drop descends at a whopping 95 degrees making it inverted. It starts with an intense LSM launch up 105 ft. before dropping at an inverted 95 degree angle at speeds of 70 mph and going into two 360 corkscrew rolls making it feel like you’re in a time machine. The ride slows down in a dark tunnel and then takes off elevating to amazing speeds, you literally feel like you’re moving into the future.

The Millennium Force get’s (5) OF’s and was voted ‘Best Steel Coaster’ GOLDEN TICKET awards as best coaster in the world 10 times from 2001 thru 2015. This ride tops out at 325 ft. and takes a long 20 seconds for the initial climb hitting speeds of up to 93 mph for a 2 minute thrill ride of your life. This ride is very smooth with quite a few BIG hills and if your not an expirenced rider you might want to stick to the merry-go-round or you just might grey out.

In addition to these awesome roller coasters, there is The Raptor (360 spins, I call it “a washing machine on steroids”),  Blue Streak (older wooden coaster) , Corkscrew (lot’s of upside down), Valravn (223 ft. and 75mph) and Rougarou ( 140 ft. and 60 mph upside down big time) all threw out (3 or 4) OF’s at Cedar Point (like they needed more great rides). The Top Thrill Dragster (420 ft. and going 0-120 mph in 4 SECONDS) was the one ride we did not get to go on, it was closed for maintenance but from what I hear, even though it’s a one-trick-pony it’s just as good if not better than any of the monster coasters at Cedar point.

NOTE: You must have two days to see it all.

This is one park we almost didn’t get to visit due to bad weather, but I am glad the rain stopped. We waited it out in the parking lot and  eventualy got into the park. The park was empty and we rode to our hearts content. One good thing about going to a roller coaster park on a rainy day is, if the weather breaks and if the rides open up, you will not likely see long lines and be able to ride freely whatever you want and whenever you want.

My family will say the Black Widow with (5) OF’s was the craziest, out of control best ride at Kennywood. I thought I lost my testicles when they jumped right up into my ass and I only open my eyes for a few seconds the whole time.

The Widow stands 90 ft. tall, but reaches a length of 146 ft. in full swing. It has a pendulum like ride going back-and-forth while swinging and rotating in the air, spinning around like a corkscrew taking you upside down every time you swing back-and-forth. It essentially scared the living shit out of me more than it gave me a thrill, but if that’s what you’re into you’ve got to ride the Black Widow.

NOTE to self: DO NOT let your teenage son use ego to get you on that ride.

The The Steel Curtain get’s (4.5) OF’s and is known as the highest roller coaster in all of Pennsylvania. The Steel Curtain, theme dedicated to the NFL Pittsburgh Steelers takes you over 220 ft. in the air and plunges you 75 mph thru 4,000 ft. of track while navigating 9 inversions including the tallest on earth, at 197 ft. above the ground to what seems to be certain death.

We wound up going on this road several times and for the life of me, I can’t imagine why I got on at the second time after almost passing out AND pissing my pants on the first ride. Steel vengeance is a wooden roller coaster with steel rails that roller coaster designers refer to as a hybrid. It has twists and turns and goes upside down.

In my opinion this theme park is rite up there with Disney World and Universal Studios as one of the top ‘theme’ parks in the country. Hershey has several major coasters and 2 of the top 10 all–time in my book

Candymonium NEW for 2020 get’s (4.5) OF’s. This steel ‘hyper coaster’ is the Tallest, Fastest and Steepest coaster in the park and stands 225 ft. high and hit’s speeds over 75 mph. After a slow ride to the top, the first drop is a doozie and packs a huge punch with 7 Camelback hills. A great way to start your day at Hershey and it is close to the entrance so bolt there first. This one was the beginning of my 11-year-old daughters monster roller coaster riding experiences (see life lessons for kids). This is the perfect ride to introduce novice riders to the big time, very smooth but still exiting and un-predictable.

My favorite ride was the Fahrenheit with (4) OF’s and with a ton of air-time. This ride takes you straight up at an excessive rate of speed, like taking off in the space shuttle and then you flip over the top of what appears to be the largest thermometer ever created at 121 high plunging straight down at an astonishing 97 degree decent at 60 miles per hour before you start getting into loops, dives, flips and turns that make this ride my favorite of the entire park.

I rode it twice and it was just as thrilling and heart stopping both times. I looked up in the sky and screamed ‘LIFE IS GOOD’! the second time around (btw the first time I rode it I screamed “I’m not riding this ever again”!)

Make sure to come back for part 2, documenting the rest of the awesome roller coasters from this incredible trip! 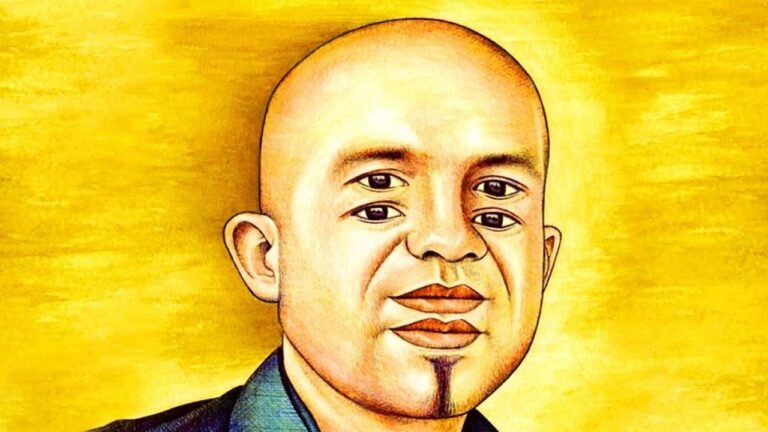 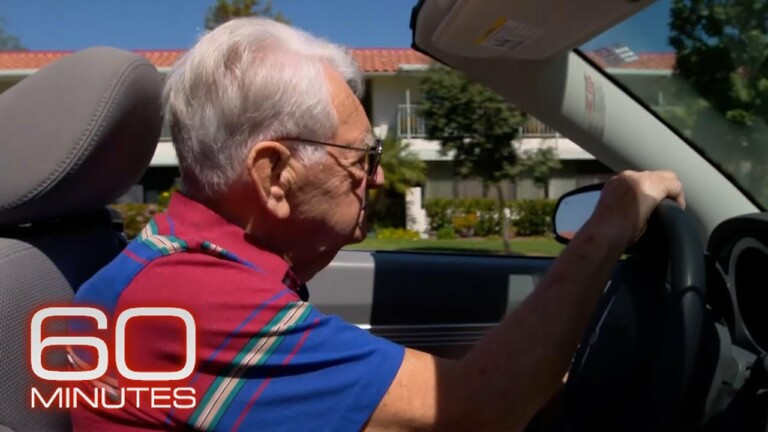 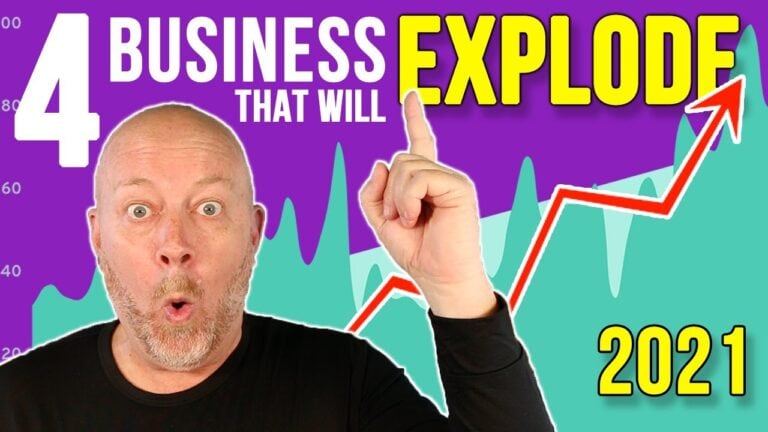