The 5 Worst Writers of All Time

The names of history’s greatest writers are indelibly woven into our cultural tapestry—from Shakespeare to Faulkner, Ihara Saikaku to Richard Wright, our literary icons perennially entertain, fascinate, and inspire.

But for every William Shakespeare, there’s a Billy Stillsword—a Shakespeare contemporary whose writing was so atrocious, he was disowned by other children’s parents.

Most of these writers have been lost to history—their works mocked and eventually ignored.

Yet despite their literary shortcomings, these writers deserve to be remembered. In addition to their notable talent for butchering the literary arts, their unparalleled terribleness is a useful benchmark for judging literary merit: just as a baseball Hall of Famer’s greatness is relative to his less accomplished peers, an iconic author is great relative to his godawful counterparts.

Having combed through a litany of literary embarrassments, I have identified the 5 worst writers of all time.

Worst Writers To Ever Exist

Born in Dublin, Ireland to middle-class parents, Riley Kennedy (1901-1990) decided to become an author at the age of fifteen. Despite repeated pleas from teachers, family, and local vagrants that he was not cut out for the craft, Riley’s confidence in his literary prowess was impenetrable.

Writing in his memoir, Riley laments:

I knew I was the best writer from Dublin to Dunkirk, and from

Manchester to Ebola, from the highest mountain to the lowest puddle,

I wrote with great passion and insight, but neither my family nor

educators recognized how good my writing was from the Mississippi

to the Rhine, from the Congo to the Appalachia, from the densest

forests to the non-dense pastures where cows and goats graze.

Riley wrote his first novel, The Long Goodbye and the Short Hello, while working as a coat check attendant at Dublin’s Gaiety Theatre. The plot centers around a wealthy pea farmer, Lucas, who is targeted for assassination by his less successful competitors.

The reviews ranged from describing the novel as a “hodgepodge of incoherent drivel” to positing that, “Nietzsche was right: God is dead, for if God were alive, He would not allow a tragedy of this magnitude to befall our eyes.”

The disfigured plot culminates when Lucas, surrounded by his would-be assassins, delivers a speech meant to appease his enemies:

“I see you here out to shoot me and stab me and cut off my head. Oh

hands for I grow peas and they say, peas in a pod and a bird in the

hand…oh but you don’t see it do you? You fools, you scoundrels, you

cretins, you undesirables, you uneducated fools. For if the peas are

you and me, we are in the same pod, and that pod is all our farms,

for we are connected and linked in a pod, and yes, we are the

for mercy for they have never heard such magnificent words.

The shocking ineptitude pervading Riley’s debut novel did not discourage his literary ambitions. He went on to write 68 novels, each one more unreadable than the one preceding it.

Born in Hamburg, Germany, Friedrich Becker (1810-1870) modeled his writing after the new generation of German Romantic authors who rose to prominence in the first half of the 19th century.

While his contemporaries—writers like August von Platen, Johanna Schopenhauer, and Karoline von Woltmann—published novels, poetry and plays that explored Romantic themes of individualism, raw emotion and veneration for nature, Friedrich was under the impression that a Romantic novel had to relay as many emotions as would fit on a page regardless of their relevance to a cohesive narrative.

Taking Caspar David Friedrich’s aphorism that “the artist’s feeling is his law” to an absurd extent, Friedrich’s best known and also worst novel, The Grasshopper and the Beehive, is a disastrous 400-page tome about a school teacher, Jonas Schmidt, who dreams of becoming a grasshopper. When he finally realizes his dream, Jonas is killed by bees.

The reader is never told why Jonas aspires to be a grasshopper or how he eventually becomes one. Nor is the significance of his death by bees ever remotely elucidated. Instead, the unfortunate reader is incessantly inundated with passages like this one:

grasshopper, but capable of being a happy one. Not well adjusted, for

and the winds of fate. He smiled, he grimaced, he felt, he loved. Oh

scared of the bees. But he knew that the bees stung. They could sting

his soul—his new and precious grasshopper soul. He was angry at

the bees, but happy to be among them in nature. For he loved

nature, and did not fear it.

Becker died penniless and despised by everyone, because aside from being a terrible writer, he was also a terrible person.

John Stanley Cooper (1929-1990) was born on a chicken farm in Iowa at the onset of the Great Depression. His biographer, Gilbert Furrette, notes:

for failure, but had wanted the boy to fail at something other than

chicken farming—his beloved trade. So he persuaded John to pursue

Convinced he would one day become a literary icon, the hapless Cooper started writing unpardonable gibberish, mercilessly murdering the English language with each stroke of the pen.

Inspired by George Orwell’s Animal Farm, and having a natural affinity for farm animals, in 1950, Cooper wrote The Chicken Farm.

In attempting to mimic Orwell’s allegorical classic, but entirely missing the novel’s allegorical significance, Cooper penned a grotesque medley of words that at every turn detailed the novel’s imbecilic theme of “chicken hardship”. The work failed to convey any discernible political or moral theme that normally underpins allegories.

In the following excerpt, the chicken “boss” attempts to subdue a rebellion by rogue chickens:

“You chickens want better feed do you? But I tell you this: the feed I

give you is good feed, good and healthy! The humans they eat our

eggs, and the eggs cannot be laid without this good feed I give you.

If you wanted chocolate bars and better barley, you can ask me, your

boss, because I am the boss of chickens. But what do you do?! You

go clucking to the human boy who eats his chocolate. But that

chocolate cannot nourish the chicken soul! For only the feed I give

you can do that! Now you see the folly of your ways, and perhaps

better barley will be had by us all!”

In 1962, he received a $100,000 liability payment from a bus company after being hit by one of their buses, bought out his younger brother’s share in the chicken farm, and realizing his parents’ worst nightmare, over the next decade, proceeded to run the farm into the ground.

Eventually, he was committed to an insane asylum where he struck a fortuitous friendship with fellow patient Gilbert Furrette, his aforementioned biographer.

Best known for being a losing contestant on the Italian gameshow OK, Il Prezzo è Giusto! –an adaptation of The Price Is Right—Mario Andruzzo (b. 1950) loved mystery novels.

Determined to become the world’s next great writer of mystery fiction, Mario’s first and only novel, The Wily Grocer, was about a grocer, Giuseppe Bondetti, who solved murders by studying his customers’ grocery items.

The novel was so spectacularly unreadable, that the daily Italian newspaper, La Repubblica, editorialized that it had to be immediately “extinguished from publication to salvage Italy’s standing on the world’s literary stage.” Its maddening incoherence is exemplified here:

Giorgia blushed, for she liked Giuseppe and hoped to fornicate with

him. “Yes, I like apples and my grandfather wants chickpeas for a

said. “And last night there was a murder and chickpeas were found

near the body! But I wonder there were no apples. Looks like your

grandfather killed the man and lost his chickpeas and now needs

more! But the apples, that is another mystery I must solve!”

Giorgia broke down and started to cry. “Oh it’s true, you’re a wily

one, Giuseppe! My grandfather killed that man, and he left no apples

behind to throw the detective off the scent! You’re too wily. Will you

“I will!” said the proud and wily Giuseppe.

Despite its vicious assault on logic, The Wily Grocer was published in 1980 by a nihilistic publisher who sought to flood the market with as much garbage literature as he could get his hands on.

Albert Dunley (1901-1990) was an American novelist, playwright and poet, who sullied each of these three disciplines with uncanny ruthlessness.

His plays were so bad, custodians were embarrassed to clean the various community centers where they were performed.

As a novelist, Dunley depicted characters prone to absurd overreactions, like the protagonist of his trilogy Bored, Angry, and Soon to be Dead, Gus Morrant, who flew into either a blinding rage or convulsed in melodramatic sorrow in every scene.

But perhaps Albert’s most notorious failure as a writer was his poetry.

In his lifetime, Albert wrote an astonishing 10,000 poems, but miraculously, failed to rhyme a single verse or utilize any other poetic device, e.g. metaphors alliteration, etc.

Most bizarrely, his anger at his inability to rhyme pervades his poems, many of which deviate from the already confusing and pointless narratives to passive-aggressively rant against his own incompetence. For example, More Time is Needed to Tell Time, reads:

The time has passed but has not come

This soul of mine will forever be torn

But if the time arrives, when will I know

Oh but I write to you, my dear, just to illustrate

Why will they not rhyme these words these cursed words!

Oh how much more before the time has come and gone.

The inimitable trademark of Albert’s prose was this amalgam of unintelligible verses and streams of consciousness fueled by self-loathing.

As we celebrate history’s literary geniuses, it’s instructive to explore the other end of the spectrum; the deficiencies of history’s worst writers illuminate the qualities that make us revere the greats. 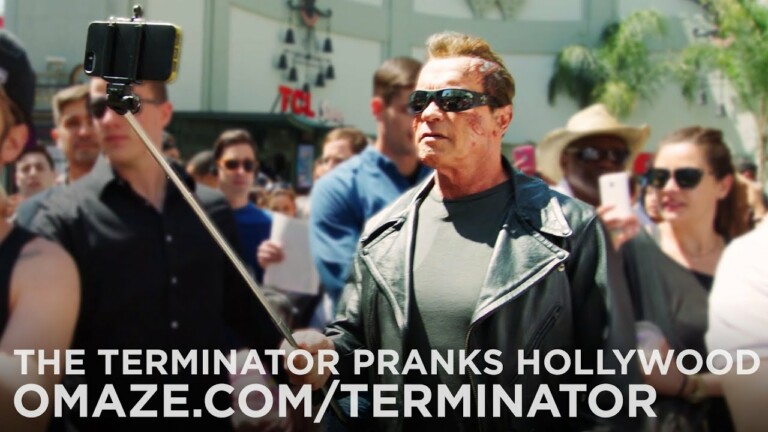 Arnold Pranks Fans As The Terminator… For Charity 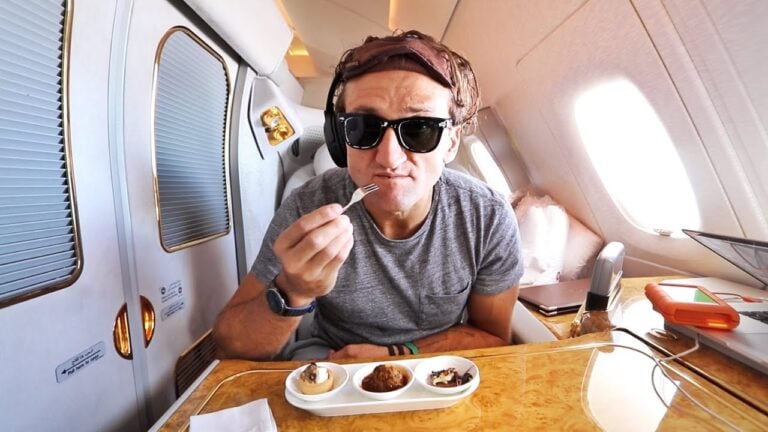 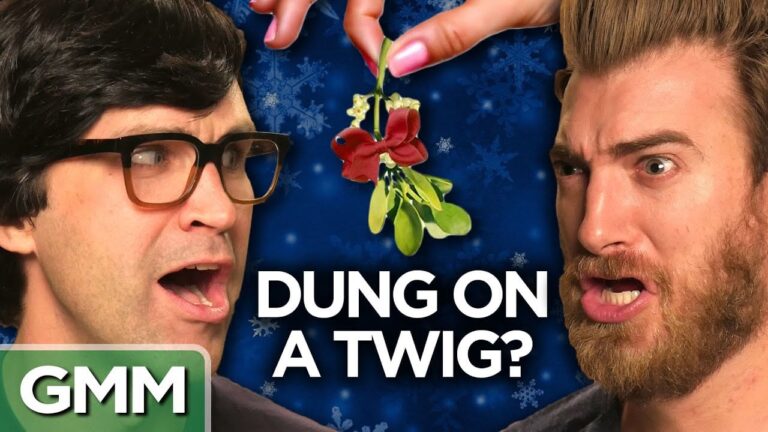 The 5 Worst Writers of All Time