It was sometime in 1978 in New York City. I was 21 years old, working as a telephone solicitor for a Teamster’s Union local trade publication, selling ad space. Which means, I was basically shaking down non-union businesses to give us money or else we’d come over and organize their workers. (That’s a story for another time.) Our offices were located in a building off Times Square, directly across the hall from a recording studio. One day, after work, I was waiting for the elevator when Dan Aykroyd came out of the studio and stood next to me.

Now, you have to remember that this was at the height of the original cast years of Saturday Night Live and you have to realize that I was a huge fan of the show and admirer of his work. At this time and to my mind, he was one of the funniest people on television.

Having lived in Manhattan for a while, I was used to seeing famous people on the streets all the time. So, being the jaded guy that I was, I made it a personal policy to never go up to any celebrity and “fan-out” on them. It just wasn’t cool.

Then the elevator came and we both stepped in. We stood alone together in awkward silence for what seemed like minutes but could only have been a few seconds. So I broke my own rule and simply said, “I just wanted to let you know that I’m a huge fan of your work.” Well, that was all it took. He started chatting me up like he was the friendliest man in the world who’d been stranded alone on a deserted island for years. He asked me what I was doing in this building and, after I told him, he wanted to know all about my job and seemed fascinated by it. As if I was the interesting person in this elevator. And then he told me how he was there to pick-up a demo tape of the first Blues Brothers album (which was later released as Briefcase Full of Blues).

When the doors opened, I didn’t want the ride to end. It was the only time in my life when I would have enjoyed being stuck in an elevator. (Well, that and the time I was alone in an elevator with a pre-Friends Courteney Cox. She was reeeally cute back then.) So, as we were walking out of the building together, I did something I’ve never done before or since – I asked a celebrity I’d just met if they wanted to get high. I just happened to have some pot on me. (Okay, I always had pot on me. It was the ’70s.) And much to my surprise – he said, “Sure.”

For some reason, the pot I had was loose in a vial and I didn’t have a pipe. So I suggested that we duck into a nearby alley so I could quickly roll a joint. (I was very adept at that sort of thing back then.) That’s when my new friend Dan suggested that we go back to his SNL offices at 30 Rockefeller Center and smoke it there. So off we went!

Now I had always considered myself to be a fast walker who was used to the New York pedestrian pace, but I have to admit that I had trouble keeping up with him. He was like a race horse who’d just been let out of the gate.

Along the way, I asked him if he had any plans to be in any movies. (His SNL co-star, John Belushi, just had a huge success on the big screen with Animal House.) He said he was currently working on a picture with Steven Spielberg, but what exited him most was that he got to drive a tank in it. Apparently, he’d always wanted to ride in a tank! That movie was later released as 1941. (Which was not a huge success.)

I should mention that I had other plans that evening to meet an old friend of mine under the Arch at Washington Square Park. Of course, there were no cell phones back then, so I had no way of calling him to cancel. So I just blew him off and stood him up.

When we got to my new friend Dan’s office, after I caught my breath, I rolled the joint as promised. He told me that he hadn’t heard this demo tape yet, and asked I’d mind if he played it while we got stoned. Would I mind??? I felt like the coolest kid in town – getting to hear the first rough mix of the first Blues Brothers album while getting high in the offices of SNL with my new friend Dan Aykroyd who was hearing it for the first time! We both loved it and he humbly admitted that there were harmonica solos on there that he didn’t remember playing and that only sounded that good because they were so masterfully re-edited.

One of the other things we discussed was how I had spent my high school years living in a condo in Miami Beach. At which point, he jumped out of his chair and pulled a paperback copy of the book Condominium by John D. MacDonald off his shelf and handed it to me. He told me that I had to read it and so I should just keep it. I think I still have it.

After what was probably 2 or 3 hours of hanging out there, it became obvious that he had other work to do and I took my cue to excuse myself. But my new friend Dan didn’t just let me walk out alone. Like a perfect gentleman, he walked me to the elevator as if we were on a first date. I have to admit, he was so overly nice to me this whole time that I began to wonder, is this guy gay? Any lingering question I had about that was dispelled a few years later when he wed one of the hottest women in Hollywood, Donna Dixon. He remains married to her to this day.

I never saw Dan Aykroyd again after that, other than on TV and in the movies. I’m sure he has no memory of me nor any recollection of that day. But I consider it to be a perfect moment in time when I got to meet one of my comedy idols and a super nice guy. I will never forget it and I will always be grateful for it.

Oh, and as far as my old friend goes, the one I stood up, when I called him later that night he was really pissed off. He told me that he’d waited under that Arch for 2 hours! But when I told him why I didn’t show up, he completely understood and immediately forgave me. He said, “That’s okay. I would have done the same thing.”

Check out these other articles on Manopause: 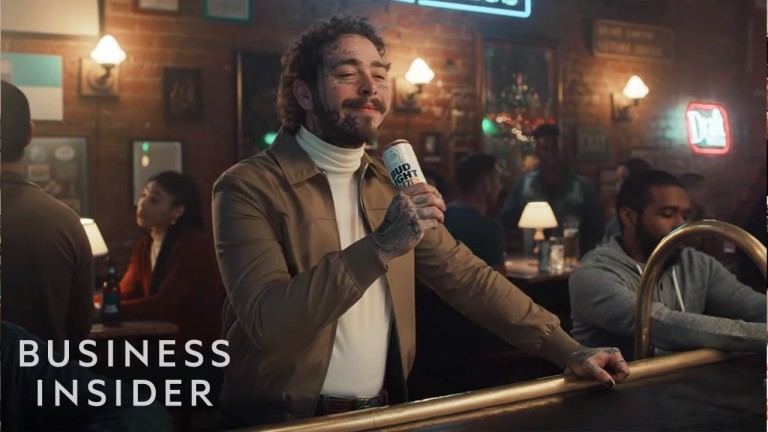 How The Super Bowl Became So Commercial