The Oscars Get It Right With Parasite 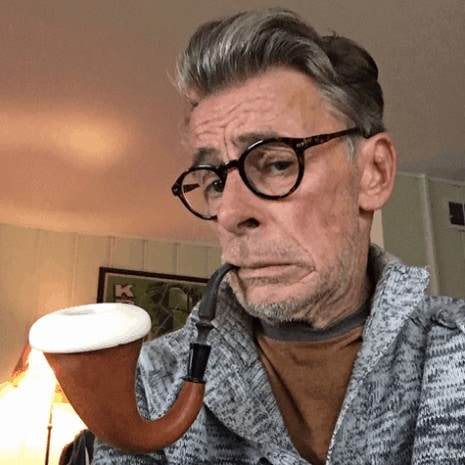 I don’t follow any of the awards season hoopla, I don’t watch the Oscars and I don’t usually give a shit who wins what. But if you do, or if you just want to see a great movie, go see Bong Joon-ho’s Parasite. It’s jaw dropping. I had to use both hands to shut my mouth exiting the theater. My eyes popped like Peter Lorre’s. (Too obscure? Google him.)

Parasite is not what you think. Whatever you’re thinking, it’s not that. I didn’t see any of the plot twists coming. One of the hallmarks of director Bong Joon-ho’s films is surprise. Often the surprises come from his sense of humor. A mixture of horror and comedy permeate all his films. (Besides, a filmmaker named Bong already peaked my interest.) It’s a challenging, original story, expertly presented by a director in total control of his vision. Mr. Ho’s style reminds me of Alfred Hitchcock’s wryness in creating suspense, shock, and sympathetic characters.

It’s a disturbingly funny horror movie disguised as social commentary, very different from anything I’ve seen before. Two families. One wealthy. The other impoverished. Do you see the possibility for some friction? Of a clash of classes? The mansion. The filthy slum. The scheme. The scheme gone awry – way awry. That’s where the fun begins.

The incessant rain. The flood. The art direction itself tells their story. The rich family lives in a sterile white clean world, in a house with a cinemascope picture window looking over a sunny and bright green lawn. The wealthy family’s preparing for a birthday party. It’s a beautiful day. But not for the poor family. It’s a much darker day for them. This is the wettest film I’ve seen since The Poseidon Adventure. (Although, admittedly, I didn’t see Aquaman.)

I can’t tell you much about the story, but when the slums flood it isn’t pretty. I swear you can smell it. The monsoon that consumes all is a cinematographers and set builder’s wet dream. It builds and builds as the class levies break and everyone gets wet with something. Mud and blood and garbage and sewage and lord knows what else runs down the alleys and into the impoverished homes while the wealthy neighborhood is merely inconvenienced.

The class struggle that drives Parasite’s dichotomy of horror is brilliantly supported in the art direction. Spotless house and stinking slum. Bong Joon-ho doesn’t miss a chance to show us the widely divergent unimaginable lives we lead. To show us the wide chasm that separates the rich from the poor. I wish I could tell you more. No spoilers here. One of the pleasures of Parasite is watching the story craftily unfold. I’ve already said too much. If you knew every twist and turn this roller coaster takes it would still be worth riding, but it wouldn’t be as much fun. I’ve barely scratched the surface, but to say more would reveal some of the gasp-out-loud story twists. So many plot twists that I needed chiropractor after gyrating through the movie.

What kind of film is this? Let the audience decide: Should I laugh or scream? Every audience will be divided: “I liked it.” “I hated it.” Both are legitimate reactions. My companion had to turn away as everything fell to pieces. I saw a few people leave the theater during the most violent or messiest scenes. Parasite provoked the most visceral response I’ve ever had in a movie theater. I think I even shouted, “Holy shit!” Twice.

Parasite won Best Picture, Directing, Original Screenplay and Foreign Language Film. Is that all? Come on, it’s the sum of its parts. It should have won in every major category including Cinematography, Editing, Art Direction, every Acting award, plus Craft Services! (It didn’t have a great song, so I don’t mind that going to Elton John.) The judges should put all the categorical statuettes in a wheelbarrow and roll them out to Bong Joon-ho on stage. The shortest Oscar broadcast ever. Wouldn’t that be a blessing?

And in an era where American cinema, and the Oscars in particular, are being lambasted for their lack of diversity, Korea’s Parasite victory should blow that criticism out of the water. (Even if that is why they won – just to shut everyone up about that.) This is the first time in Oscar history that a foreign language film won Best Picture of the Year. So let’s celebrate that!

After their history of getting it wrong so many times with films like The Shape Of Water, The Artist, Shakespeare in Love, The English Patient and so many others, I more than agree with the Academy of Motion Picture Arts & Sciences. Parasite is not only the Best Picture of last year, it’s the best picture I’ve seen in several years.

Parasite is a watershed film, like Psycho, 2001: A Space Odyssey and The Shining . (None of which won Best Picture Oscars, by the way.) It changes a lot of what we expect from a movie. It raises the bar. After seeing it you may want to go to a bar, to calm down after experiencing such a bar-raising movie.

The Oscars Get It Right With Parasite