There are at least 350 shapes of pasta you can buy. Food blogger Dan Pashman apparently thought we could use one more.

Enter cascatelli – which means “waterfall” in Italian – the world’s newest pasta shape. Pashman developed the shape to hold a lot of sauce and be easily stabbed with a fork. To me, a food historian and former bistro chef, it looks like the love child of two lesser-known pastas, creste di galle and mafaldine.

While the history of this new shape has been heavily documented, including in a five-part podcast, the story behind how pasta got its shape is a bit murkier.

The noodle is born

Pasta is one of the oldest processed foods, dating back several thousand years to around 1100 B.C. For comparison, bread dates back to around 8000 B.C.

While it may seem like fighting words to an Italian, the first pasta that modern eaters would recognize probably came from Chinaand could have been made out of a variety of starchy foods besides wheat, including rice, mung beans, tapioca and sweet potatoes. In fact, the earliest forms of pasta excavated in archaeological digs were made from millet, a grain that has been in use in East Asia much longer than rice or wheat.

More mystery surrounds which culture invented the first cut and dried noodles. Some say the Chinese; others say the Italians. The real answer is probably neither of them.

Triticum, or durum, wheat needed to make a sturdy dry pasta is Middle Eastern in origin, so it is likely that Arabs and others in the Middle East were producing and eating the earliest modern forms of dry pasta – as little balls like acini de pepe and couscous – before they became common in Italy.

These tiny forms of pasta kept well in hot climates and could be cooked using very little fuel, which was scarce in Arab dominions. Since they were dehydrated and sturdy, they were an ideal food for people traveling across the Middle East and northern Africa.

The earliest pasta shape was a simple sheet, which was treated more like bread dough. It probably didn’t have the toothsome quality – known as “al dente” – associated with Italian pasta today, and would have been similar to unleavened matzo bread with sauce on it. The first mention of boiled pasta wasn’t until the fifth century A.D., in the Jerusalem Talmud.

Most of the earliest forms of pasta that we consider to be the core of the Italian repertoire – such as vermicelli and spaghetti – were probably first developed by Arabs and didn’t appear in Italy until the ninth or 10th centuries. These noodles became widespread once durum wheat had established itself in Sicily and regional food makers learned to work with the semolina flour it produced.

Italy and an explosion of shapes

Spaghetti, which means little strings, was easy to make and dry in the climates of Southern Italy.

In Italy, these thin noodles were initially cut from sheets using knives or wire cutters. Almost all the earliest shapes were probably formed by hand, which was a tedious process, so people worked on making their production more efficient as pasta gained importance in their diets.

What really sparked the explosion of pasta shapes was the invention of the extrusion press. Versions of an extruder had been experimented with since the 1300s, but it took the revolution in mechanics of the Renaissance to allow the machines to quickly mass-produce pasta, including shapes like elbow macaroni, rigatoni and tagliatelle.

Stiff pasta doughs made from semolina could be worked in large quantities by machines in volumes not possible by manual production. These doughs were then extruded through bronze “dies” that yielded the style of pasta familiar today. Bronze was hard enough to be durable but soft enough to be easily worked using pre-Industrial Revolution technologies.

The introduction of machinery powered by steam in the 1800s during the Industrial Revolution made the process of extruding noodles even more efficient. As factory-made pasta caught on with the public, manufacturers quickly added pastas of various shapes and sizes to their repertoire. Fantastic shapes like gemmeli, radiatori, wagon wheels and stuffable shells soon crowded the shelves.

The U.S. was slow to adopt most of the wide variety of pasta shapes common in Italy.

That’s despite the fact that Founding Father Thomas Jefferson was a major proponent of pasta and even owned a pasta maker at his home in Monticello.

The earliest Italian immigrants to America came from the northern regions of the peninsula, but their overall numbers were small. The first documented pasta factory in America was established in Brooklyn in 1848, and by the time of the Civil War, macaroni, as it was mostly called then, was fairly common on American tables. Though Italian noodles were called macaroni, they were most often some form of flat noodle, like fettuccine.

American pasta consumption began to surge following the the “Great Arrival” of nearly 4 million Italian immigrants to the U.S. from 1880 to 1920, most from Southern Italy. This is when most of the pasta dishes Americans are familiar with today – such as spaghetti and meatballs, cheesy elbow macaroni and linguine with clam sauce – became popular.

[Over 100,000 readers rely on The Conversation’s newsletter to understand the world. Sign up today.]

But it wasn’t until the Italian “food boom” of the 1970s and 1980s that Americans became familiar with the cornucopia of pasta shapes, sizes, sauces and fillings that were common in Italy.

Today, Americans consider pasta one of their favorite foods – which means there’s probably always room for one more type.

And perhaps, given the comforting nature of pasta, the COVID-19 pandemic was an ideal moment for Dan Pashman to introduce cascatelli. A pasta shape that holds more of the rich sauces people crave like marinara and alfredo could not have come at a more opportune time.

Best Money Advice We Ever Got 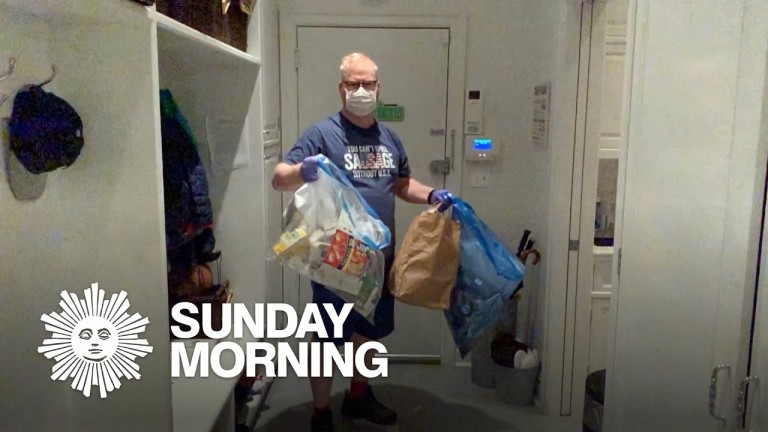 Jim Gaffigan Is Still In Quarantine