I’m always looking for the silver lining, so the other day when I was outside shoveling the walkway and freezing my butt off, the thought came to me that I’d read somewhere recently that people who live in cold climates live longer than people in warmer climates. So I began to wonder, is that really true or is it just a tale northerners tell themselves? I decided to do some homework on the issue.

Researchers from the University of Michigan, in a study published in the journal Cell, reported that worms exposed to cold temperatures demonstrate a genetic response that triggers longer life spans. The researchers went on to speculate that the phenomenon may translate to humans since similar genetic pathways are present in human beings.

Also, according to an article in Prevention magazine, scientists at the Scripps Research Institute in California found that reducing the core body temperature in mice extends their lifespans by up to 20 percent. And another study discovered that mussels in balmy Spain live an average of only 29 years, but mussels in frigid Russia survive as long as 200 years!

Well, that’s fine. But what if you’re not a worm or a mouse or a mussel? The evidence is not nearly so clear. One source who believes cold weather extends life suggested that things get rotten in warm places. So people living in northern climes are like perishables put in the refrigerator — they last longer. Another speculates that many harmful bugs and bacteria are killed off during the cold northern winters, lessening the threat of deadly diseases to northerners. Still another says that southerners suffer more damage from overexposure to the sun, which ages the skin and causes skin cancers, thus shortening their lives compared to their northern counterparts.

On the other hand, some southerners point out that northerners don’t get enough sunlight, and may bear the consequences in Vitamin D deficiencies. Some health experts estimate that 50 percent of adults have low levels of vitamin D, largely because they spend too much time indoors away from the sun. The long, dark northern winters may also bring on seasonal affective disorders and other forms of depression which can lead to premature death.

Being stuck inside, northerners are also more exposed to communicable diseases such as influenza, and because the cold air dries out people’s mucus membranes, they are more susceptible to infections, and more likely to suffer from allergies and asthma. They are also more likely to lead sedentary lives resulting in obesity, diabetes, cancer and heart problems.

So what does all this mean? According to an article in U. S. News, you are most likely to live to age 100 if you reside in North Dakota, South Dakota, Iowa or Nebraska. These states are indeed cold, but they also share another common denominator. They are all Midwestern states where people may have old-fashioned Midwestern values such as hard work and clean living.

Meanwhile an article in WedMD tells us that the states with the longest living residents are Hawaii, Minnesota, North Dakota, Connecticut and Utah. The states with the shortest life expectancy are: Kentucky, South Carolina, Alabama, Louisiana and Mississippi.

You can see the obvious correlation between temperature and longevity (with the exception of Hawaii). But it’s also pretty obvious that a lot of other issues are involved, including wealth, education and a host of other factors. But maybe we can take this away from the issue: If you live in the north get outdoors more, especially in the winter. If you live in the south, stay out of the sun, especially in the summer. But no matter where you live, try to get more exercise. 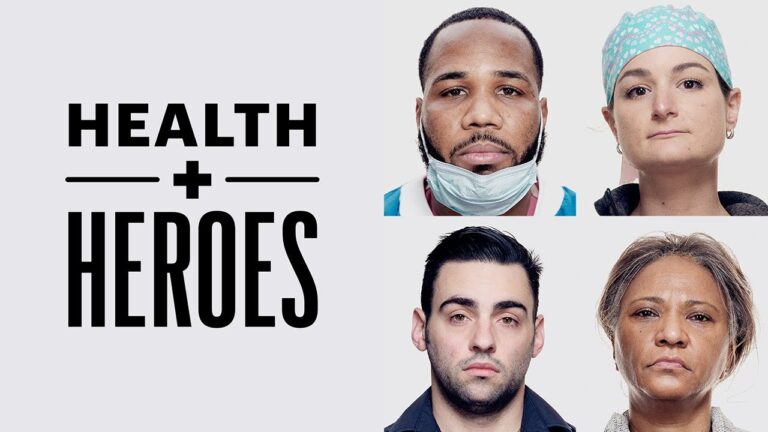 Healthcare Workers on the Frontlines

5 Things You Need To Do To Stay Healthy Over 50

5 Most Common Cancers In Men Over 50