The Extinction Of Silence By Terrible Noises

Ladies and Gentlemen, Boys and Girls, and particularly anyone with any semblance of sanity left, (statistically there must be at least a few that haven’t had their brains – and ears – discombobulated,) WE ARE UNDER ATTACK!! And not just some minor pipsqueak skirmish, but an all out Armageddon aggravated assault! Our modern industrial world has devolved into a continuous ultimate war on our hearing!

“Quiet” no longer exists. There is a continuous background boiler factory din that is impossible to escape. Even a morgue is noisy as hell from the refrigeration equipment! Silence has gone the way of the dodo!

Even worse, however, are the all too numerous jackasses that elevate the noise and nuisance level to the thermonuclear blast extreme. Let’s take a look at some of these obnoxious culprits.

I live north of Austin, Texas which puts me about in the middle of the state. The Texas Almanac states that Texas is 801 miles north to south and 773 miles east to west. According to Google Maps, my bedroom is 8,523 feet as a crow flies from the nearest railroad. Forget the “romantic” notion of the “wheels rumblin’ neath the floor” as written by Steve Goodman and perpetrated by Arlo Guthrie – and Willie Nelson for good measure. The “rumblin’” is like an extended dentist drill as the stinking trains “rumble” by every seventeen seconds as I’m trying to fall asleep.

That’s bad enough, but it gets worse – a lot worse! Picture a train approaching the Texas border from any direction – –

“Hey Bubba! We’re coming up on the Texas border.”

“Yup. Put in your ear plugs while I lock down the supercharged air horns until we get to the other border.”

Why do they keep the horns screaming all the way across my fair state and assaulting 30 million pairs of ears? The road crossings all have a zillion flashing red lights and crossbars blocking traffic. If someone is determined to ignore the impossible to ignore lights and drive around the crossbars the stinking horn isn’t going to deter them. They are going to end up as Darwin Award winners one way or another.

Next culprits. Harley Davidson and straight exhaust pipes – do I even need to say more? There might be somewhere on this planet an HD Hog that still have the original factory exhaust system, but I wouldn’t bet more than a quarter on it. What is it with making as much excruciating noise as possible?  Maybe the brain power of a two year old banging on a pot with a spoon? Come on, people – it’s a stinking motorcycle – not a life!

Of course there’s the other two wheel extreme noise makers – the crotch rockets with all those tiny cylinders blasting away at 4 zillion RPM’s. As one blows by me on the highway I can’t help but wonder what kind of person wants to ride a “chain saw.” Dare I say it must be some kind of weird fetish?

Consider if you have a two year old or even older rug rat. All it takes is one Christmas or birthday to figure out which relatives and friends you need to drop from your “circle” immediately. You know the ones I talking about – the childless couples that give drums sets to your five year old! How can they consistently pick out the most annoyingly loud toys from a mile of toy shelves?

Then we come to the legacy of Jim Fosgate – better known from the company Rockford Fosgate. Where the hell was the Geneva Conventions when he invented the first high (very, very high) powered car amplifiers? Yep, he’s the culprit you can blame for all the jackasses cruising around with their windows down assaulting your entire body with their “music” – which is nothing but a bass drum beat from a drum machine while some moron screams obscenities.

And while we are on the subject of cars, there are all the jackasses that pull off the factory mufflers and install the after market noise makers. Are they supposed to make their cars sound “tough.” Maybe trying for the sound of an AA fuel dragster? A loud glass pack muffler doesn’t make your turbo charged 4 cylinder wimp motor sound like any race car I ever drove. Seriously, why would anyone want their car to sound like the flatulence from a three day beer bender? There is a reason back in my formative years we referred to them as “fart cars.”

Bad as the cars are, the diesel pickups are worse. First, the damn things must be impossible to start because the morons never turn them off – they just let them idle – and idle – and idle. And of course they also replace their tail pipes with the megaphone barrels from sousaphones. There’s a photo on the web of one idiot using a steel trash can as a tail pipe extension. How in the hell can that be legal? How can any of all these cretins drive a single block without getting pulled over?

Even if their vehicles haven’t been “enhanced” for extreme noise, the clueless idiots still find ways to assault our ears. Watch outside the nearest big box for a while and you can quickly spot them. They walk out the doors, look around uncertainly, then pull out their vehicle key fob and hit the panic button – thus setting off their car alarm – and announcing to the entire world that they are too stupid to remember where they parked their car.

Then there’s the “landscape” folks with their commercial leaf blowers. It’s bad enough to hear them outside, but consider what it must be like operating one. Where is OSHA because they are guaranteed to deafen the operator is short order? When one of them is strapped on the back of someone it reminds me of Sinbad and the Old Man of the Sea, (not Hemingway’s “Old Man and the Sea.”) Truly like carrying the devil on your shoulders.

The morons with their fireworks. Sadly a lot of the typical 15,000 annual firework injuries are from idiots letting their kids play with the “bang toys.”

Gas stations with video screens at the pumps blaring ads at you for something you’d never buy in a thousand years. Good luck trying to find the mute button.

Even worse, a new “exciting marketing trend” – putting the same blaring video ad screens above the urinals in restrooms. To quote Dave Barry, “I’m not making this up!”  God help us!!

There are a lot of inventions that never should have been invented, but hopefully they have guaranteed their creators the hottest seat in Hell. In particular, whoever came up with vuvuzelas deserves the worst punishment Hades has to offer.  My “acquaintances” Moose and Rocko, (recently retired from the professional wrestling circuit,) have sworn a vendetta against them and have taken to relocating vuvuzelas to another orifice of anyone caught blowing one.

And last but certainly not least, we come to the worse assaults upon our dear ears, (and sanity.) Picture yourself as a fly on the wall at a “brainstorming” session at any big box retailer headquarters.

“We need to boost sales, so we need to start our campaign earlier.”

“How about starting on Easter?”

“We’d get the jump on everyone. I think Hobby Lobby starts on the 4th of July.”

“Hmmm – still might be a little too early.  We’ll ease into it. Instead of Black Friday, we’ll start on Halloween. Get people in the mood.”

Now you know why you’re being assaulted with “Christmas Music” earlier and earlier. I get the idea – get everyone in a holiday mood so they’ll spend, spend, spend and keep spending on gifts no one is going to like. That’s bad enough, but the playlist for our politically correct times is enough to drive everyone insane.  They play the same half dozen “songs” over and over again, each time “sung” by anyone and everyone that thinks they can sing and add their own special “twist” to the “classics.”

Corporate America WAKE UP!  You’re not encouraging people to keep shopping and maxing out credit cards. You are driving them out of the store in an attempt to preserve their sanity!

How about the saccharine voiced Andrews Sisters harmonizing “Christmas Island?” Read the description of Christmas Island on Wikipedia and see if you’d pick it for a Christmas vacation retreat. Maybe you can get a cheap room at the detention center?

Or consider the sagas of old Rudolph and Frosty sung ponderously slow and in a minor keys.

Or maybe “cute” kid songs like “All I Want For Christmas Is My Two Front Teeth” – sung by old line MALE crooners left over from the 40’s. The kid singing was annoying enough!

You can bet that Irving Berlin and Bing Crosby are turning over in their graves with the abominable versions of White Christmas blasting at innocent customers. Up tempo? Jazz Scat? Even a rapped “White Christmas?”

The only rationale that I can think of for “Christmas Music” in the brick and mortar stores is to drive everyone to buying over the internet.

And if you do frequent a store in the soon to be year round Christmas season, take pity on the poor folks that work there and have to listen to that crap 40 hours a week.

OK, I’ll quit ranting – for now.  But I seriously think that we should elevate aggravated aural assault noise pollution to a capital offense! 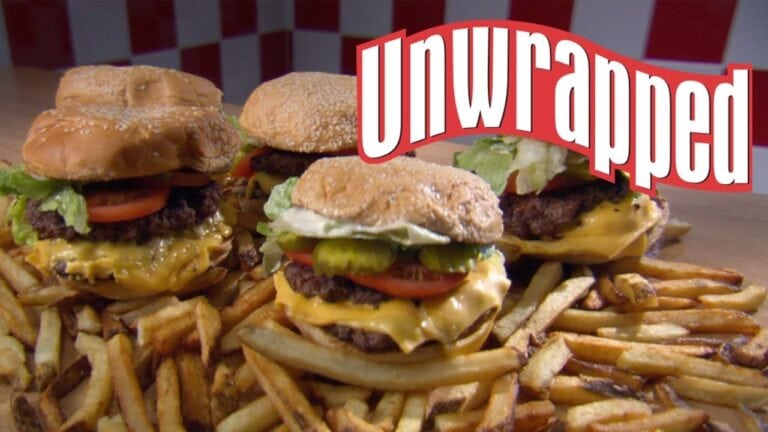 The Secrets Behind Five Guys’ Perfect Burgers and Fries 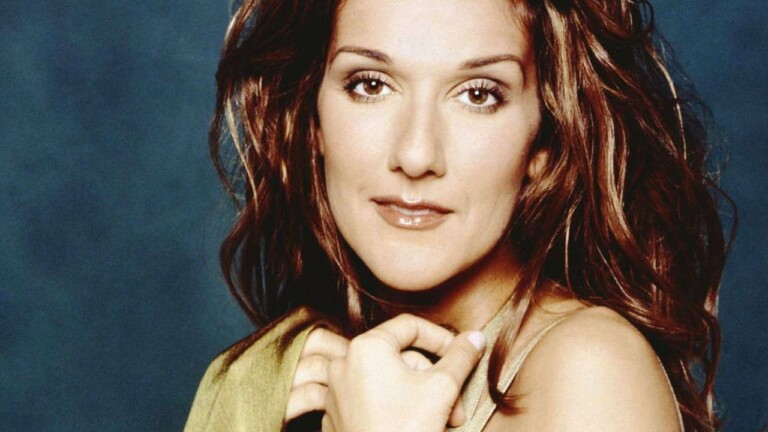 10 Most Iconic Female Singers Of All Time 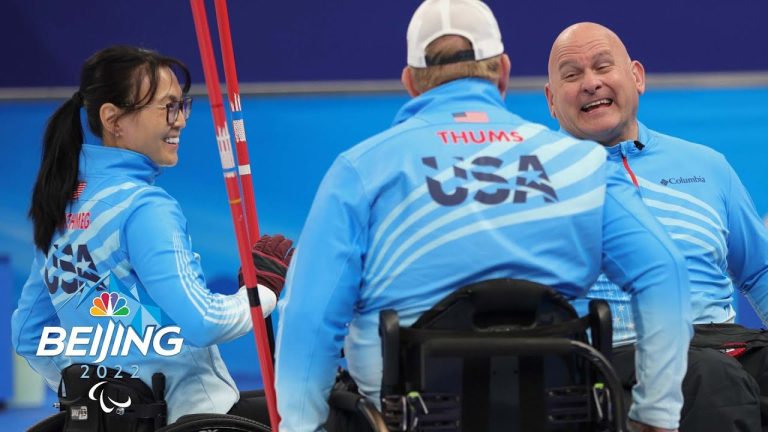