Gentlemen, are you no longer master of your domain?

Is quality family time occupied with the upright position of your toilet seat? Is your wife more focused on you driving than your destination? Have you replaced your children as the naughtiest individual in your house? You will be pleased to know I have a solution for you. I know this because recently, I have managed to rise in one giant step, from the basement of my domain to the attic. I did it with the assistance of my new business partner, Boris.

Before Boris, I used to endure judgmental observations from my wife Minako.

“Your wardrobe is drab,” she once announced. “Throw the whole closet out.”

“Who left the wet towel on the bed?” she often demanded to know.

“You were pontificating and being silly with that waitress,” she would inform me as we drove home.

Boris To The Rescue

Minako’s criticisms would impugn my patriarchal views and leave me feeling underappreciated. Then Boris came to my rescue. Boris is a bat, a medium-size, furry gray bat who miraculously restored my standing in the household. I am now once again king.

On the night in question our house was closed and locked up airtight. All access holes had been plugged. Windows, doors, and chimney openings? Shut shut shut. Damned if old Boris didn’t slip into the house unobserved.

Minako discovered Boris that evening while walking down the corridor into our bedroom. Half way down, they came face to face. Boris was silently flapping by in the opposite direction and took no notice of my wife. She, on the other hand, instantly became aware of this rabid flying rodent with fangs. Regardless of how quiet he flew, she knew he was headed for her neatly coiffed hair.

When Minako first arrived in America from Japan, she was startled one night by her screaming roommate. “There’s a bat in my room!” her roommate shrieked. “Call the police!”

Two anxiety-ridden cops arrived with revolvers drawn. Since that time, Minako has attempted to mentally will bats out of existence.

This time, in her own home, that didn’t work. The nonexistence became a flopping, potentially bloodsucking nightmare.

Minako isn’t a shrieker herself, but she is more than capable of freaking out and making her apprehensions known. It was late at night. We were both tired, so I suggested we close all the doors and go to sleep. Tomorrow, when it would be brighter, we’d be rested and could figure out what to do.

We Have To Get The Intruder OUT!

Minako gasped at my suggestion. I’d made a mistake. Worse than the wet towel on the bed.“I can’t sleep in the house with a vampire flopping around!” she cried. “He might crawl under the door! He might work his way through the keyhole, or get at us through the HVAC vent ducts!”

I didn’t get it. Anyone looking at Boris could tell he was not Count Dracula. More like a petite Mickey Mouse. He was a mosquito-eater, not a bloodsucker. But the situation had rocketed well beyond the discussion stage. Sleep wasn’t in the cards. What was called for was manly action.

Coexistence was not an option.

I sought protective gear. On with the leather gloves and the red ski jacket. In the bottom of our closet, I found my old fencing mask from my college days. I don’t normally wear down-filled ski parkas on sweaty August evenings. It was uncomfortably hot and not much of a fashion statement, but I had no choice. Grabbing backup protection in the form of a tennis racket, I trundled into the room where Boris had taken up quarters. He and I spent a good ten minutes sizing each other up.

We each held our ground, eyeing the other in a Mexican standoff.

Well, actually, blind Boris didn’t do much eyeing; he just sat there folded up like a shapeless turd hanging on the curtain. But I could feel his sonar waves reflecting off my body.

Then suddenly, flop, flop, flop! Boris grew weary of his resting place on the drape. In a mad frenzy of silent fluttering, he sprung into the center of the room where I was standing. He started circling. Instinctively, each time he approached, I would dodge, jerking up the tennis racket to further protect my already fencing-mask protected face.

If you think this was redundant protection, you have never had a bat baring his fangs diving down on you, coming in for the kill.

This dive-and-dodge dance lasted another ten minutes before I got tired of the routine. I lurched toward the window, threw it open, and pointed the way for Boris to exit. “Get the hell out of here, Boris! You’ve overstayed your welcome!” Boris ignored my instructions.

Out in the hallway, Minako heard my desperate words. “What’s going on in there?” she demanded through the closed door. “Is the bat still in the house?” There was nothing new to report.

“Everything is under control,” I replied.  “Boris decided he wants to do a sleepover with us tonight.”

“Who wants to spend the night?”

What else could I say? Boris wouldn’t leave. Besides, I was thinking any animal that can fly into a locked-up house or catch a ton of mosquitoes on the wing and then find his way home -all with his eyes closed—deserves some admiration.

Heroic Master Of My Domaine Once Again

Alas, poor Boris was not the sharpest member of the bat fraternity. He ranked low on their IQ index. It appeared he wanted to leave, rather than engage in further battle, but in the twenty passes he made by the open window, he missed every opportunity. This guy couldn’t even find his way out a barn door.

Fat chance he was going to navigate through any ducts or keyholes. But then, floppy turn number twenty-one was a charm. I practically had to escort him out by the wing and send him on his way, but finally, Boris exited. I dashed to close the window. Minako heard the crash as I pulled it shut.

“What’s happening?” she yelled. “Are you all right?”

As if by magic, the curse was lifted. In an instant I was released from my prior role as downtrodden, bumbling husband. I reemerged as Saint Barclay—Bat-Dragon Slayer. I became the defender of women, protector of home and virtue. All those wet towels, all the lawn grass tracked onto the carpet? Blissfully erased from living memory!

I reassumed my proper place as heroic master of my domain. I tell you this story only because recently Boris and I have started a new business: Bats out of Heaven, Inc. I am the boss. Boris is now chief recruitment officer, here to serve all of you domain master wannabes.

Barclay Henderson
Born Cambridge, Massachusetts, 1939. (I'm happily still there). I went west to graduate from college, Reed, in Oregon, and then further west to Waseda University, Tokyo. I earned a black belt in Judo in Japan and married my current wife there. I returned to New England and got an MBA at Dartmouth's Tuck School. In 1970 I started my own company, a Benihana of Tokyo franchise, and went on to build 20 more restaurants in the U.S. and Canada. In 2011 I sold out profitably, and we spent time traveling. Minako and I love this country but dreamed of visiting more than 100 foreign lands and continents. We fulfilled that goal last year. The years since retirement have turned out to be an antidote to left-brain analytics of business. I've written two books and a humor blog. I play the oboe in small chamber groups as well as many days as a gym rat working out. The days pass agreeably, but those spent fooling around with the kids and grandkids are the best days.
Comments
More Articles & Videos
Food & Drink 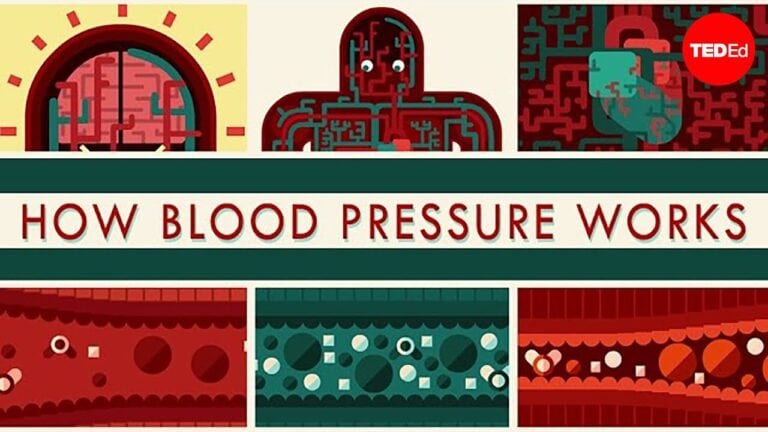 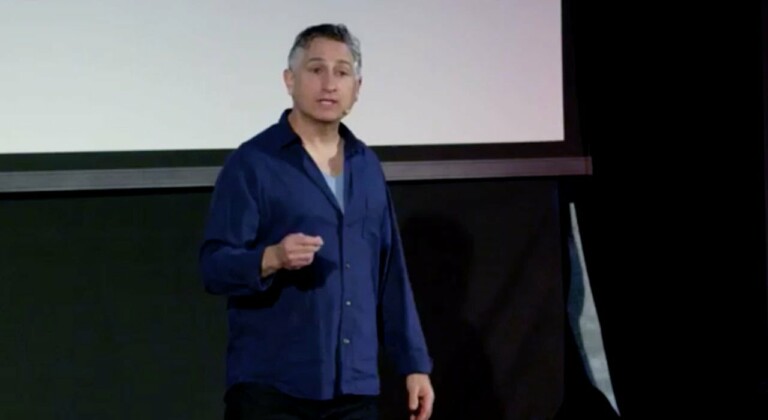 The Dentist From The Carol Burnett Show 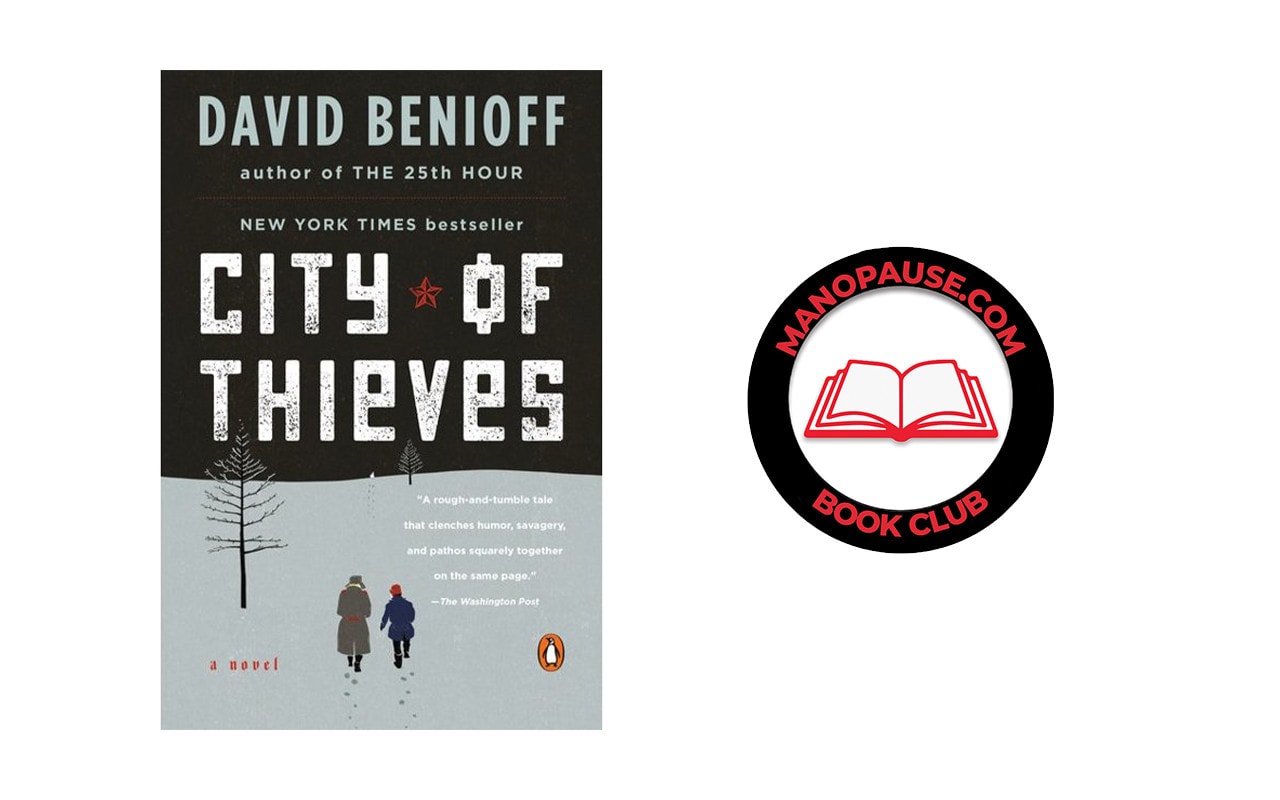