Beginning in the spring of 2017 until fall 2019, I drove part-time for Uber. Although the experience didn’t yield any unbelievable stories, driving for Uber did supply fodder for humorous anecdotes, which I shared on my Facebook page at the time and which I reproduce here.

In case you’re wondering, my illustrious driving career came to an abrupt end when an electrician driving a truck totaled my parked car while clumsily attempting to retrieve a dropped bagel.

My first night driving Uber went exactly as I anticipated. I accepted rides in between bouts of weeping over my life’s trajectory. My first ride was an uneventful trip from Watertown to Fenway. After that, I took a fella from Brookline to Logan.

Except what I didn’t realize is that when you’re driving for hire for the first time, the pressure of driving is tenfold. I incredibly took the wrong exit even though I had made that trip a million times. Not literally a million. Maybe 100.

My next ride was a group of 5 twenty-something friends.

After making a hilarious joke about not being the guy who ordered the Uber—“Benjamin? No, I’m Jamie! HAHAHA”—my lord asked me if I wanted to play poker with them. I politely declined. They all laughed and then recounted their worst heartbreak experiences. I’m not kidding. In the course of a 7 minute ride, they laid out their most painful memories. I listened and assured them that while getting over lost love is immensely painful, if you tackle it with the resolve that you would any major life obstacle, you’ll be fine in the long run.

Next ride. A friendly couple who didn’t say a word to each other until the less pissed off one asked her girlfriend to recommend a personal injury attorney for her coworker. Which she did, refusing to show any emotion whatsoever for her girlfriend’s coworker, which in turn elicited her girlfriend’s ire.

Next up, drunken idiot college kids. They yelled​, told me they loved me, and scurried off to sacrifice a small rodent to their Sallie Mae God.

Now I’m in Quincy. Josiah Quincy II definitely did not die in vain, for it is a beautiful city occupied by worthy patriots​, including the six lovely women who had graduated nursing school and were headed to Southie to celebrate.

When I told them this was my first night driving Uber, they quipped that they had popped my cherry, which was funny. I told them they were my fifth, they divided by 3 and now apparently I’ve only given 1 and 2/3 Uber rides.

I decide to call it a night, and as I’m pulling into my driveway, I hear a ring. I immediately jump to the conclusion that one of the drunken college hooligans left their goddamn beeper or whatever they call it now in my car. I pick it up, and to my surprise it turns out to be a lady who was out celebrating Mother’s Day with her daughters. I assured her the phone was in mediocre hands and that life is good.

I was in the middle of swallowing cyanide when I learned my driver rating is 4.95 compared to my 4.62 rider rating​. In other words, I’m better at customer service than I am at being a customer by a statistically significant factor. In fact, I probably have the highest Uber rating on this side of whatever river makes sense. Still, it’s pretty demoralizing that anyone would rank me less than five stars. I’m five stars in my book, is all I’m saying.

Nothing eventful to report other than that my rating has climbed to 4.97. My one 4 star rating will forever prevent me from achieving my destiny: a 5 star rating. I will die at 4.99999. This is my Greek tragedy, a tragedy Homer himself could not have fathomed. Ironically, Homer is in the afterlife bemoaning his failure to compose this tragedy. Double ironically, Homer’s anguish in the afterlife is a Greek tragedy in its own right. Okay, I’m going to drink bourbon now.

Rider: “What do you think about Trump?”

Me: “I don’t know politics, I just drive people,” I deftly sidestepped a potentially uncomfortable conversation.

Me: “Did you pet and feed the whales?”

Rider, not sure if I was kidding or kind of an idiot, “No, that’s completely illegal.”

Me: “You should consider concentrating in Driver’s Ed, follow in my footsteps. That would make me proud.”

Rider, possibly in all seriousness, “I’m not sure Teach for America offers that track.”

Chapter Who Gives a Shit

A rider (that’s what I call people now) was telling her friend that she’ll probably break up with her boyfriend. Shamelessly eavesdropping on their conversation because they were talking loudly inches away from me, I agreed the boyfriend had some troubling habits. Then this happened:

Rider1: “Plus he likes cats, which is weird.”

Rider2: “Ew, yeah. I don’t trust cats. I’m convinced they want to take over the world.”

I don’t recall what happened next because as a cat owner I blacked out from righteous fury, but I believe I actually turned into a cat and meowed all the reasons they were wrong about cats for the rest of the ride. Incidentally, that’s the night I got a rare 4 star rating (all ratings are anonymous), plunging my rating from 4.97 to 4.96.

But I digress. Actually I don’t. Well now I do. Nathan for You did an episode about taking down Uber. The gist of the plan was setting up sleeper cells of disgruntled cab drivers to drive Uber and be total assholes, doing things like playing Mambo No. 5 on a continuous loop, getting lost, periodically releasing a fart like odor, and so forth. This would have the effect of crippling Uber’s reputation. The sleeper cell came unglued, however, when one of the sleepers actually started driving Uber full time, not just as a sleeper. In spy parlance, he turned.

Chapter What Do You Want To Be When You Grow Up: Childhood Memory Goes Awry

I’ve developed a taste and a tolerance for cyanide—its gently bitter flavor nicely complements existential angst. Very much like arugula. Exactly like arugula. My Uber driver rating is now a 4.99, still significantly higher than my improved 4.73 rider rating. Here are a few complaints about my driving passengers have shared while assuring me that these mishaps are not my fault:

1. Traffic. Actual quote: “Traffic is awful, but I know it’s not your fault.”

2. Weather. Actual quote: “Weather is awful, but I know it’s not your fault.”

3. Music categorization. Actual quote: “Thanks for the ride. It’s not your fault, but I just cannot believe Nirvana is considered classic rock now!”

I cannot imagine the guilt I’d be riddled with had these kind folks not made it clear that I am not responsible for weather, traffic, or music genres.

For the second year in a row, the city shut down a major bridge connecting two major roads. No one knew why the bridge needed to be repaired AGAIN, no one bothered to ask. Because Boston. We are content to complain all summer about construction and the humidity, counting down the days until we can finally start complaining about New England winters.

Today, I gave a ride to a fella headed to the airport, and of course, traffic and the bridge closure came up.

“I’m one of the lead engineers on the bridge project,” he confessed. “I just did my part, and now I am flying home.”

As soon as he said that, my face involuntarily (or maybe voluntarily) contorted into a hideous grimace. “WHY IS IT BEING REPAIRED AGAIN?!?!” I yelled in unbridled fury.

“Well,” he started to explain. “Last year we replaced 40% of the bridge. This year, we’re replacing the other 60%. The truth is the bridge was fine, they only needed to replace the deck. But they figured if they were going to piss everyone off anyway, they might as well spent a few extra million and replace the whole thing.”

I remained silent, marveling at the deep truths this man spoke.

To amend my original observation, the most recognizable Boston landmark is WASTEFUL endless construction projects. As my oracle was getting out of the car, he winked at me, and said, “bridge should be good for 100 years now.” 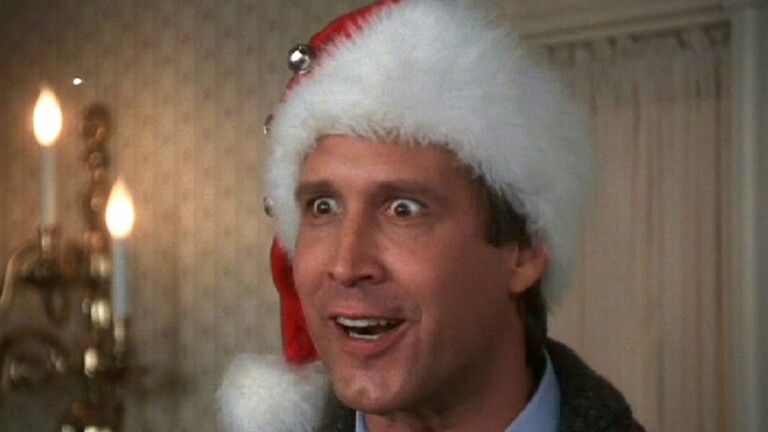 The Best Christmas Movies Ever