B had cataract surgery the other day. She’s fine. But I think she’s still suffering a little bit from the sedative they gave her. And I have a cold, so I’m a little disoriented not only from the bugs running around in my body, but also from the DayQuil, NyQuil, cough drops, vitamin C, echinacea and other pills and potions I’m consuming.

So we’re both a little loopy. Other than that, I don’t know how the topic came up, but over dinner we were trying to list the things that people lie about the most.

My top three were:

How much sex you have (and how good it was). Well, you can lie to your friends, but you can’t lie to your spouse, at least not about the quantity.

How much money you win at gambling. More on that in a minute.

And how long your commute really is. I had several different jobs during my career, but the one I held the longest involved an eight-minute commute. I didn’t have to lie about my commute. But when I took the train to the city, involving a 39-minute ride on the express train, everyone in town said their commute was, oh, 40 or 45 minutes. But you have to get to the train, wait for the train, and then get to the office after you get off the train. Believe me, it took at least an hour. And that doesn’t count the times you missed the express and had to take the local, or the train was late due to weather, mechanical problems or just plain incompetency in the ranks of conductors, engineers or paper pushers. And don’t even get me started on people who drive to work and the traffic problems they encounter but fail to account for. Everyone believes that their commute to work is shorter than it really is.

Now I remember how the topic came up. We were at a wedding and meeting up with a lot of old friends, catching up on what they are doing. But we didn’t find out what her son’s friend Robbie is doing. Later, however, B talked to her son, and found out that what he is doing is… day trading.

Trying to make a living day trading? Otherwise known as gambling? Was he kidding?

But my brother-in-law also does some day trading. He’s been doing it for years. According to him, he just does small-time stuff. Acts on a tip now and then. And he makes, “Oh, I dunno, maybe a few thousand dollars a year.”

I once asked his wife, my sister, about this. Her response? Yeah, he loses about five thousand dollars a year. But I don’t let it worry me. It gives him something to do, keeps him out of trouble, and it costs less than taking a two-week vacation, which we hardly ever do anymore.

Which reminded me of the time I went to the track with some friends. One of the guys professed to be an expert in betting at the track. He knew the horses, he knew the odds, he knew how the whole thing worked.

So everyone in our party gave him $50. He would be in charge of the betting. We saw maybe four or five races, I forget exactly. I believe one of our horses came in, but most of them were in the back of the pack. At the end of the day our friend gave us each $28. “See,” he said. “We each won twenty eight dollars!”

How great a time you had on vacation. Especially with Facebook, nobody will admit, even to themselves, that they’ve just spent a fortune going to Europe or Hawaii or the beach or the mountains and didn’t have good time. They remember the sunny days and the gorgeous sights, but not the delays at the airport, the overheated hotel room, the strange stomach bug they picked up, or the time they got ripped off by a vendor.

How cute your grandchildren are. Every grandparent thinks their grandchild is the cutest. They can’t all be right, can they?

Although I remember when I had my own daughter. The nurse brought me to the nursery to show me my little girl — this was back in the days when they did it that way. There were eight or ten babies in the nursery. But the nurse didn’t have to tell me which one was mine — because I could see that my little girl was the cutest baby in the nursery.

Later, I saw my wife, and she asked me if I’d seen the baby. And I told her, yes, I’d seen her and she was the cutest, the prettiest baby in the nursery, and probably the smartest too. There was a different nurse in the room at the time, and I heard her chuckle and mumble under her breath, “Yeah, all the dads say that.”

I heard her, and so I looked over at the nurse and then at my wife, lying there in bed with a big grin on her face, and I said to the woman, “You’re correct. All the dads do say that. But, you know, one of those dads is right. And I’m the dad who is right — our daughter is the cutest baby in the nursery.” 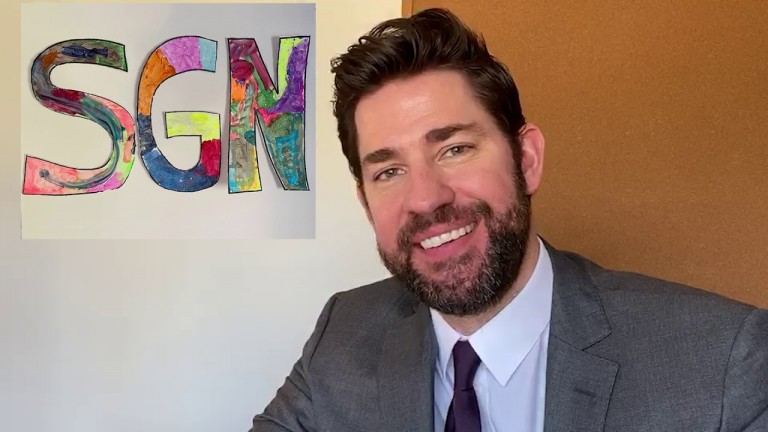