Are You Stuck in a Rut Or Are We Really Just Creatures Of Habit?

Feeling Stuck In A Rut?

We all complain at times of being “Stuck in a rut.”  We spout that “Variety is the spice of life.”  And even, “doing the same thing over and over again and expecting different results is the sign of insanity.”  But at heart, we are creatures of habit – we thrive on routine – and most of us tend to self-implode when confronted with chaos. There is a damn good reason why we are that way…

There is an old Gary Larson “The Far Side” comic that shows a guy getting out of bed. Facing him on the wall is a giant scrawled reminder, “First pants – THEN shoes.” Is he stuck in a rut? Would a little variety in dressing order make getting up more exciting? Trying to put on your pants after the shoes might be different, but how well do you think it’d work?

When I’m about to head out into the world from my well upholstered cave, I do the same thing time and time again. Keys? Billfold? Cell phone? Thermostat set? Balcony door secured against the wind? Lights off? Computers off? And last but not least, Diet Coke in hand? And I’ve got a similar ritual for my return so that I’ll be able to find all of those essentials the next time I’m leaving. I’m doing the same thing humans have been doing since they left their less upholstered caves to confront saber tooth tigers and find something to eat. They, and I, are all stuck in a rut, but the rut is the only way to effectively, and safely, survive.

The Many Ways We Get “Stuck In A Rut”

At work, we feel we get stuck in a rut. But think about the last time you changed jobs. How long did it take before you really knew what you were doing?  How long did it take to figure out all the little nuances of getting things done? How long before you figured out which of your coworkers were assets – and which were dangerous liabilities to avoid like the plague? And after you finally get comfortable, along comes a new edict down from corporate. When was the last time that the new bureaucratic nonsense actually improved anything? Never??

We go out to eat at the same half dozen restaurants over and over again – and order the same things over and over again. Why? We’re not restaurant reviewers – we want to go someplace and eat something that we know we’ll really like. Most of the time at a new place, trying out a little of that “variety” stuff, we end up under-whelmed with a meal we likely can’t eat.

Our favorite team has been on a roll, but now they are up against their equally matched number one rival. We give lip service to, “I hope it’s a good tight, exciting, nail biter of a game – really looking forward to it.”  But – do you really want to see a game with a dozen lead changes that is won in the last second – by the unwashed, uncouth other team jackasses? Hell no! What you really want is for your team to annihilate them from the opening second.

Routine is never more important than in our domestic relationships. Maybe you married your grade school sweetheart and have never looked back. Are you in a rut? In most of our cases, we’ve gone through a number of relationships. However, taking a look over your shoulder, do you find that your partner was always a slightly different variation of the same person? Are you in a rut? My Version 1.0, Version 2.0, Version 3.0, Version 4.0, etc. could have swapped clothes, swapped shoes, swapped hairdressers, swapped just about everything and it all would have fit.

When we enter a new relationship, there are a million and one little things that have to be worked out. Forget the biggies like sex, religion, politics, and God forbid dieting. Most of the problems are trivial on the surface, but they are also the things that in time can drive both of you crazy – and maybe ultimately lead to a breakup.

The problem is that many of your comfortable cherished “routines” have to change. You’ve always slept on the right side of the bed – now you’re on the left. You set the thermostat to “meat locker” while your significant other can’t live with a temp lower than “medium well.”  You always arrive a hour early but now you have to live with thirty minutes late. You’re a night owl that is raring to go at 2:00 am while your early bird partner fell asleep at 8:30 pm. Vacation at the beach to catch some rays or head to the mountains to ski?

Just working out mutually agreed restaurants can be a hurdle. The Three B’s for relaxing music? Bach, Beethoven, and Brahms – or The Beatles, The Beach Boys, and Chuck Berry? All those choices, all those changes, and each one kicking both of you out of your ruts. The song Hard To Say by Dan Fogelberg eloquently sums it up with:

Who’s to navigate and who’s to steer

And so you flounder, drifting ever near the rocks.

Google up the full lyrics or better still, YouTube it and you might find yourself looking in a mirror.

Our well worn, comfortable ruts can grow into Grand Canyons as we pack on the years. My grandmother would say that people become “set in their ways.” The danger is that we can become so “set in our ways” that we are unable to make even tiny, insignificant changes. And when we do, we’re giving up on a lot of life.

So what’s the solution? Do we stay in our self imposed all too comfortable rut? Do we strike out into the nether regions of unpredictable chaos?

Nope – we do best when we take the middle path of compromise. We mostly stay stuck in our rut but leave the options open, add some flexibility to “set in our ways,” and perhaps find something new, and someone new, that adds an entirely new dimension to our one dimensional rut. 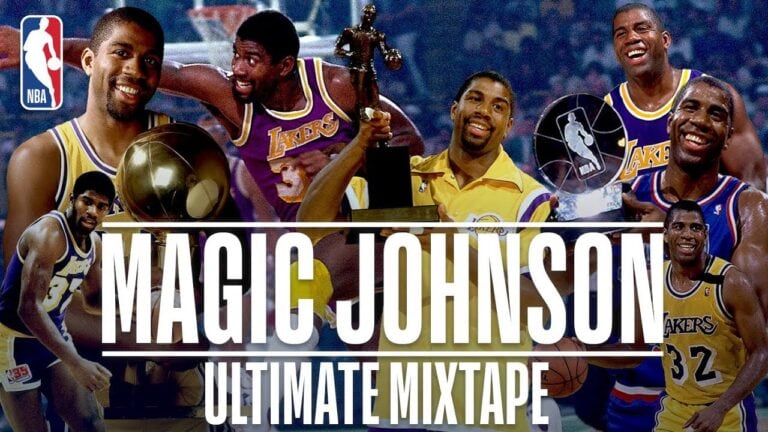 Magic On The Court 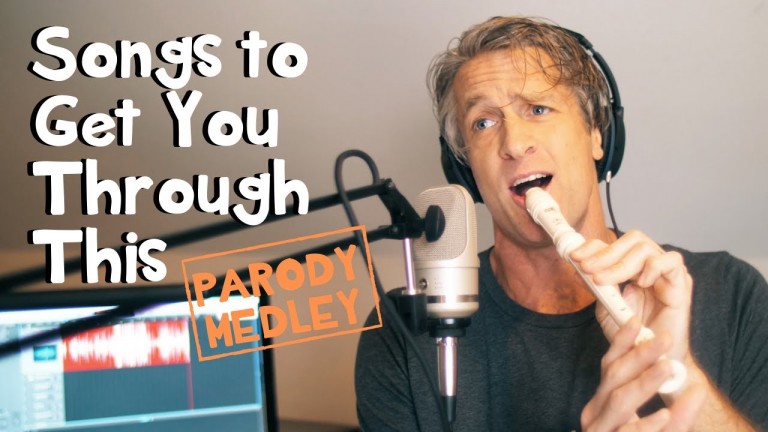 Song Parodies For Our New Normal

Are You Stuck in a Rut Or Are We Really Just Creatures Of Habit?