The More Things Change, The More I Remember How They Used To Be – Part 2

Remember when smoking cigarettes was not only common and socially acceptable but was actually considered cool? Even people who knew better and didn’t smoke thought it was cool. Everybody did it everywhere. Now hardly anybody’s allowed to do it anywhere. If you smoke cigarettes, you are shunned, treated like a pariah and probably smell like a dirty ashtray to everyone around you.

Full disclosure: I used to smoke a pack a day. In my defense, I grew up watching old movies with stars like James Dean and Humphrey Bogart, who not only smoked but looked really cool doing it. I recently watched an old rerun of The Tonight Show Starring Johnny Carson. His guests were casually bumming cigarettes from each other and smoking throughout the show. You never see that on TV anymore. We’re so down on smoking now, I’m surprised they’re even allowed to show it on old reruns.

When I was a kid they taught me how to make ashtrays in arts and crafts classes. Can you imagine teaching kids that today? It would be like teaching them how to make margaritas. But I remember sloppily molding clay and unevenly gluing tiles into crappy looking little bowls that my parents were forced to keep on display because I made them. It didn’t even matter if they smoked. Every home had to have ashtrays because, sooner or later, somebody who smoked would be coming over.

Not long ago, cars had ashtrays and lighters in them. I miss those things. Even if you didn’t use them for cigarettes, it was very convenient to have a small trash receptacle and red hot electrical burner at your fingertips. They came in handy if you wanted to throw away a chewing gum wrapper or torture someone into ratting out a friend.

People smoked in large, open venues like theaters and restaurants. They smoked in small, confined spaces like offices and elevators. It’s hard to imagine now but airplanes used to have smoking sections which were separated from the nonsmoking sections by absolutely nothing. There wasn’t a dividing wall or even a curtain. I remember there being a small plastic card attached to the top of an aisle seat, separating the two sections, and they would move it to accommodate more or fewer smokers. That was it — as if that card had a magical force field that people could pass through but smoke couldn’t.

The smokers were usually grouped in the back of the plane right behind the last row of nonsmokers. But it didn’t matter where you sat because the entire fuselage would fill with their secondhand smoke. Now, you not only can’t smoke on an airplane or anywhere in an airport, you can’t even smoke within twenty feet of the entrance. Here’s a million dollar idea: somebody should invent a lighter with a 20 foot tape measure that comes out of the bottom of it.

In some places, like parks and beaches, you’re not even allowed to smoke outside anymore. Soon, we probably won’t be able to smoke in our own homes or cars. Did you know that in some states it’s illegal to smoke in your car if there’s a child in it? Of course, there are some social circles where smoking is still prevalent (like Cigar Clubs, AA meetings and the Girl Scouts of America), but for the most part smokers are a dying breed. Pun intended.

Our attitudes toward smoking evolved due to increased awareness but some things that changed were much more subjective. In the 1960s, fashion was turned on its ear when the “mod” look and psychedelic colors came into vogue. Women started wearing their skirts shorter while men started wearing their hair longer. Aspects of those styles have influenced generations ever since, as do most past fashions. But back then there were basically two styles to choose from. You were either hip or you were square. There was no in-between. You either had long hair or you had short hair. You either wore bell bottoms or you wore straight leg pants. All of which was all really code for: You either did drugs or you didn’t.

These days, all styles coexist and anything goes. Which is liberating and wonderful. You can have a gigantic Afro or a completely shaved head or anything in between. In the ’70s, the only leading men with bald heads were Yul Brynner and Telly Savalas. It was such an unpopular look that most bald men wore toupees. These were usually obvious and often ridiculous (see Burt Reynolds and William Shatner), but it was still considered better than being bald. Now, men who have full heads of hair often choose to shave it off because it’s a popular look. Along with every other hairstyle you can imagine. I see people wearing everything from Mohawks left over from the punk rock era to military style buzz cuts. Short hair no longer signifies square. The man bun is fashionable, no matter how much we make fun of it. The Nazi haircut from the ’30s has even made a comeback. Hair can be dyed any color now, including gray. I hope that the irony of young women dyeing their hair gray is not lost on all the older women dyeing their hair to hide the gray. Maybe we should change that old expression, “The grass is always greener on the other side of the fence” to “The hair is always grayer on the other person’s head.”

The first supermodel I can remember was Twiggy in the late ’60s. She became the ideal female body type and changed the way women wanted to look in and out of clothes. Suddenly, every woman was supposed to be impossibly skinny. She was an unrealistic and unhealthy role model who spawned generations of body dysmorphia issues. Today we have gone from one extreme to the other — from Twiggy to Kardashian. Now, instead of wanting to look like an undernourished boy, women want their asses to look like flotation devices (see Nicki Minaj and Amber Rose). Not that there’s anything wrong with that. It’s just ass backwards from the way things used to be. The unequivocal answer to the age-old question, “Do these pants make my butt look fat?” used to be, “Not at all.” Now I believe the correct answer is, “Yeah, baby.”

I’m not saying things were better before or are better now.

Obviously, that cuts both ways and is a matter of opinion. It just never ceases to amaze me how much things have changed in the relatively short span of my lifetime. When I look back, it’s like those movies where someone travels into the future and is shocked to find out how much the world has changed. It doesn’t seem so dramatic to us because the changes were gradual. But if you compare the way things were then to the way things are now, it’s like every day is Opposite Day or we are all living in Superman’s Bizarro World. 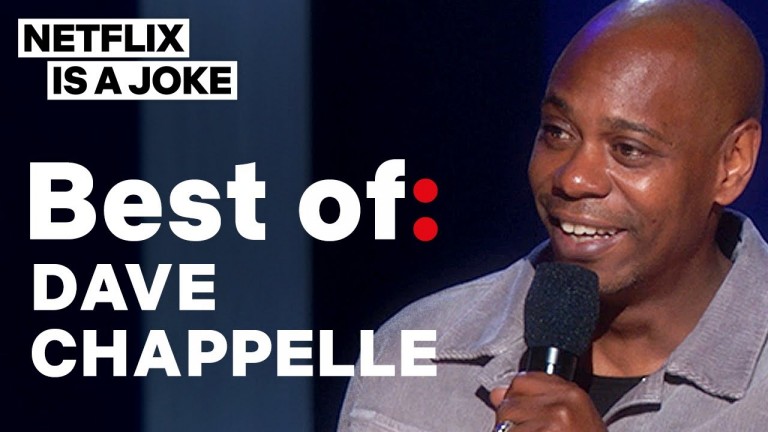 The Best Of Dave Chapelle