Are You Ready To Be Exclusive? 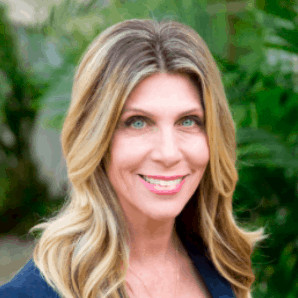 At some point in any new relationship, a woman will ask to make your relationship exclusive. But what if you’re interested in a particular woman but not sure you’re ready to shut the door on other opportunities? Does it mean there’s something missing or perhaps you’re simply enjoying being single without attachments? Why do women always seem to want to know what’s up ahead in the distance rather than just enjoying the moments with you?

Your style of dating changes based on where you are in your life and what you’re ready for. Maybe you’re recently single and out of a long marriage, painful divorce or exhausted from the singles scene and longing to meet the girl who makes you want to stop searching. Wherever you are right now, take stock and a good long look inside. It will give you the direction you need to date smart and keep yourself out of sticky situations.

DATING MORE THAN ONE WOMAN AT A TIME ISN’T WRONG.

You’re not a bad guy simply because you’re still interested in exploring new dates after just a couple of weeks of dating a particular woman. In fact, most men who reach this stage of readiness tend to become more thoughtful and don’t rush into commitments they haven’t seriously weighed and considered.

Sure, you’ve broken some hearts along the way but you’ve also had your fair share of rejection and disappointment from failed romances. Maturity and experience have made you wiser but perhaps more cautious as well. You know that your actions have consequences and you’re not about to fall into something without feeling truly inspired and ready to date just one woman.

WHEN DO YOU TALK ABOUT BEING EXCLUSIVE?

Women tend to be the leaders in generating the conversation around becoming exclusive. But, why do they do this and why is it so rare for two people to arrive at this decision together in a more natural, organic way?

For starters, women operate differently than you do. Women crave security and safety and it’s with this feeling they are more open to share, explore and give their hearts. It’s just how they’re built and you wouldn’t want it any other way. You greatly benefit from the sensitivity and gentle traits that come with being a woman.

If you don’t want to have to face the awkward conversation of exclusivity too early in a new relationship, you’ll have to give a little or, give up a little.

You can’t have it all… right away.

Now that you know that women go for safety and security before they can let their guard down, then pushing for sex and intimacy before this feeling is generated can put you and the woman you’re dating in a tricky spot. Not only do you look like a guy that doesn’t want anything real but you’re actually putting yourself in the position of “let’s talk about where this is going” before you’ve even decided you like her enough to date her exclusively. Although it goes against your nature to hold off taking things to the bedroom (I get it, you’re super attracted and sparks are flying), it makes life easier for both of you in the short and long term if you can pace yourself and allow the relationship to unfold at a steady pace.

Women aren’t asking for exclusivity just because they think you’re amazing or the perfect match. They’re primarily asking because it’s attached to whether or not they’ll hit the sheets with you. The next time a woman has “the talk” with you and you think it’s premature, consider that sex is the barometer and reason why she’s pushing for an answer. If you don’t want to be pressed for an answer, don’t press for intimacy. You’ll find that most women will be more drawn to you and able to date you without worry, pressure, and expectation.

April Beyer
April Beyer is a dating & relationship expert as well as the Founder & CEO of LEVEL Connections. LEVEL is the first hybrid technology-driven introduction service that combines machine learning with expert human support. As a relationship advisor, she empowers her clients with knowledge, wisdom and clarity to succeed in love. Dr. Phil calls her “The Best of the Best.” and she’s been featured on 20/20, ABC News, Good Morning America, MSNBC, the Hallmark Channel and in countless print and digital publications. April has been responsible for countless lasting relationships and happy marriages. For more information, visit April's Facebook and Instagram pages.

Help! I’ve Gotten Injured And I Don’t Know How

Are You Ready To Be Exclusive?