There are two indigenous tribes located in Ecuador’s Amazon rainforest, the Tagaeri and the Taromenane, who have had virtually no contact with the outside world.

I say “virtually” because there have been a few encounters. In one instance, in 1956, five missionaries were dispatched to the afterlife when they tried to approach.

In another, two individuals entered what the government had declared to be the Intangible Zone, where the tribes were to be left alone. The men intended to remove valuable old-growth timber. They ended up at the receiving end of two very tangible spears.

Needless to say, this travel writer made no attempt to contact these tribes – nor should you. But you definitely should venture into Yasuni, arguably the planet’s most biodiverse national park. Ideally, you would do so as guests of one of the other indigenous tribes, as we did.

After some research, we selected Napo Wildlife Center, managed by the local Kichwa Anangu people.

A howler monkey enjoys the view from high up. Photo by Karen Shigeishi-Waite

Getting to the Napo Center is part of the adventure.

We flew into Coca, the self-styled gateway to the Amazon, from Quito, a short 30-minute hop. There we boarded a covered (and reasonably comfortable) motorized boat and headed out on the Napo river for a two-hour journey to the Center’s transfer point.

The Napo is very broad – in areas its width rivals the Mississippi – but, depending on the season, it can be treacherously shallow in places.

We were there in early November, coming off two unusually dry months, so our operator steered carefully to avoid sandbars. Along the way you will see much that will delight – including all manner of kingfishers and herons – and things that disturb, including barges carrying equipment for oil exploration and drilling.

While much of Ecuador’s vast Amazon basin – it makes up almost a third of the country’s land mass – is protected, significant areas are not, including some that impinge on the national park.

Eventually we arrived at a transfer point where the much smaller Anangu river flows into the Napo. Here you are given ponchos, rain boots, and a tarp cover for your luggage. You step into a traditional paddle-canoe (one where your paddle master and your guide – in our case an energetic fellow named Remi –  do the paddling).

From this point you head up the lazily flowing and sometimes narrow stream to Lake Anangu and to Napo Wildlife Center, which sits on its shore. Along the way, you’ll observe various types of monkeys, all manner of bird life, as well as caimans, a kind of cousin to the alligator or crocodile.

Bungalows dot the lakeside at the Napo Wildlife Center. Photo by Karen Shigeishi-Waite

After an hour, the stream suddenly broadens, and the shoreline becomes more marsh-like. Around a final bend you enter Lake Anangu, with the impressive Wildlife Center, crowned by a thatched central tower and a collection of bungalows spilling up a hillside, appearing  on your left. This will be your home base, in our case for four nights.

Unlike some other properties in and around Yasuni, the Napo Wildlife Center is genuinely locally owned and operated. With the help of an NGO, the Kichwa Anangu community designed, financed, and constructed the complex you see today.

Remarkably, they transported all of the project’s elements up the narrow waterway you’ve just traveled. By 2006, the community became its sole owner.

There is much to occupy your time. You will have an opportunity to head out on the lake with your guide and poke around a number of tributaries and creeks. In one of these we encountered a family of giant river otters, with several curious (and not so giant) young pups approaching us closely – even as their mom was admonishing them to stay back.

We also searched for a giant sunfish that is said to hang out in the lake’s depths, as well as caimans near the shore. While we did not see the giant sunfish, we did experience its signature dance move – a very large upwelling of water creating a whoosh on the surface.

We also got a front-row seat for encounters with howler monkeys, who produce more noise per pound than any other simian species.

A well-camouflaged giant otter pup sticks his face up out of the water to watch the passing boats. Photo by Karen Shigeishi-Waite

But there is much to do on land, as well. There are 16 hiking trails, including one leading to a 120-foot (36-meter) observation tower and another to one of the parrot clay “licks” in the area.

The tower puts you at the top of the jungle canopy and provides an opportunity to see (and photograph) flocks of birds, including vibrantly colored tanagers, macaws, and toucans. The climb might be a challenge for those who have a fear of heights, but the structure is very stable, and the rewards are great.

The clay lick is equally rewarding but requires a bit of patience and rectitude. For the final 100 meters or so of your hike you are meant to maintain silence. Then you seat yourself in a kind of blind as you await the arrival of the object of your avian desires.

The birds –  not just parrots, but upwards of 11 species – slowly work their way down a flora-encrusted sheer wall to the mineral-rich clay at the bottom. They are very wary, as snakes and other predators lurk off to the sides and at the bottom, hoping to grab a quick meal.

We waited silently for more than an hour – but finally, spectacularly, we were rewarded by the appearance of two parrots. The silence was broken by the click of iPhone and conventional cameras.

Another must-do is a visit to the nearby Kichwa village. Here you can see how the monies from the eco-lodge have transformed the lives of these indigenous people. Remi, our guide, told us that when he was growing up their school had only one room and one teacher. Today they have half a dozen of both. The village also has a doctor for the first time, a nurse, and regular visits from a dentist.

They have also endeavored to maintain elements of traditional life, including language, ceremony, and cuisine. All of which they are happy to share.

The rainforest offers a buffet of local delicacies, such as beetle larvae. Photo by Karen Shigeishi-Waite

As a travel writer you get a lot of opportunities to sample local delicacies. The local delicacy in this case was beetle larvae lightly roasted over an open fire, like chestnuts.

This was a first. Every other time I had been offered unfamiliar food I was told it would taste like chicken.

The trouble with being hosted by others is that there is a certain obligation to accept whatever hospitality is being offered. This is heightened if those offering the food are the objects of a travel profile. I ate the larvae. It did taste like bacon — bacon disguised as beetle larvae.

Next, they offered me a chance to try the larvae uncooked. And moving. Fortunately, Remi said they would not be offended if I passed. So I smiled and said no thanks. They smiled back — a smile that said “wimp.”

Thinking of the overall experience, it just reinforced my belief that a good guide can make all the difference. As we were tramping on trails or poking around waterways, Remi invariably saw things we could not.

Pointing out various berries, mushrooms, insects, birds, and reptiles, he would often say that this one is good to eat … but this other one could kill you faster than you could say a perfect Act of Contrition or Hail Mary. For example, he picked up a tiny frog, red in color – one we had walked on by.

“This is called a poison dart frog. Local indigenous tribes extract a liquid from it used to dip the tip of their blow-gun darts.” Not exactly the stuff of “Cuisses de Grenouille.”

At the end of our visit I sat down with Remi for what I said would be a bit of a philosophic discussion. “Good,” he replied. ”I’d enjoy that.”

I asked him, at the end of the day, if he thought the indigenous Amazon tribes that had shunned Western contact from back to the time of the Conquest to today had a more satisfying, if perhaps shorter, life.

“That’s a very difficult question,” he said. And he asked for some time to think about it.

Finally, he said this: “We have medicine and education. We get to meet interesting people as guests. We go to Coca from time to time.

“But are we happier? Perhaps not.”

LATAM offers flights to Coca from Quito. There are no direct flights from North America.

Consult with your physician or a tropical disease specialist regarding vaccines and inoculations. In addition to COVID vaccines, shots for Hepatitis A and Hepatitis B are among those recommended. We also brought along and took an anti-malarial regimen, although as it was unusually dry, it might not have been necessary.

Book a visit to the Napo Wildlife Center well in advance. The Center is all-inclusive; in its earlier days it was not known for its cuisine, but that has all changed for the better. The bungalows are quite comfortable and afford great views of the lake. A boutique in the main lodge offers high-quality clothing. And this is one instance where I would say that, while very expensive, the entire experience is worth the price. More info can be found at:

There is some good news regarding oil exploration in the Amazon basin. An Ecuadorean court in February 2022 rejected further drilling in protected areas

Time will tell if it sticks.

Our land arrangements were made through Enchanting Travels, Greenwood Village, Colorado.

The author paid for all of his own travel expenses and did not reveal that he was writing on travel until the conclusion of the stay. 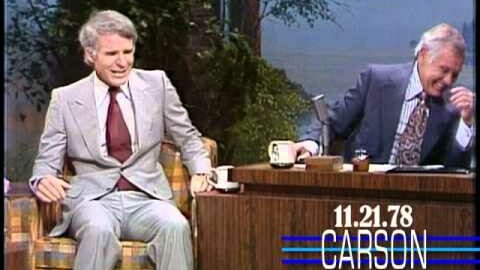 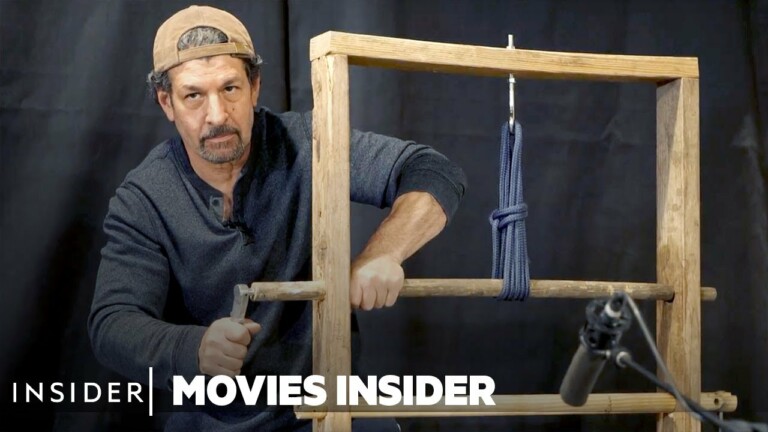 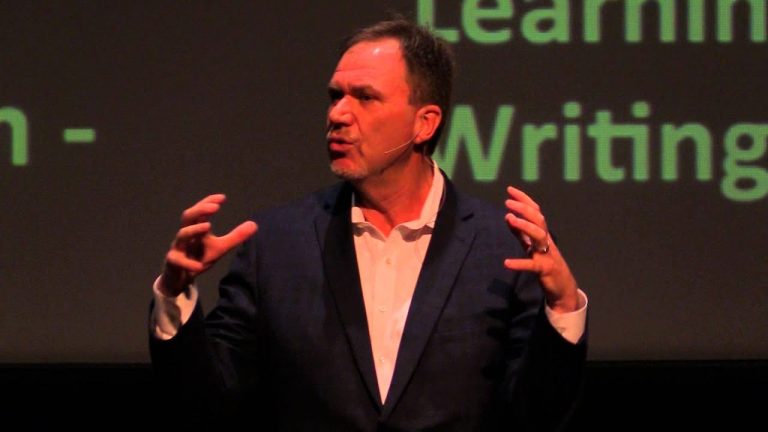