Don Shula: A Sports Photographer’s View Of The Legendary Coach

Don Shula, the winningest coach in National Football League history and hailed by his team as the “patriarch of the Miami Dolphins franchise for 50 years,” died on Monday at age 90, the passing of a legend who said he only wanted to be remembered as a coach who did things the right way.

Of that, there is no doubt. Shula oozed integrity and class, universally respected and beloved. He is the person who did more than any other to put Miami on the national sports map.

Shula’s football accomplishments are worth remembering. He was a top NFL coach for so long that many fans forget Shula played defensive back in the league for seven seasons, and that as a coach he won his first NFL championship coaching the Baltimore Colts in 1968. This was back in the pre-merger days when the NFL champion still met the AFL champion in the Super Bowl. And yes, forgotten by many is that Shula was the head coach of the Baltimore Colts team that was upset by the Joe Namath-led New York Jets, giving the AFL its first win in the third playing of the big game. (The Green Bay Packers won the first two.)

How good was Shula’s Colts team? They went 13-1 in the regular season and they beat Cleveland Browns 34-0 in the NFL championship game.

Shula has the most NFL wins of any head coach (347). He won two Super Bowls with the Dolphins and coached the league’s last team to complete a perfect season, the 1972 squad that finished 17-0. He coached so many great players, including Bob Griese, Dan Marino, Earl Morrall, Larry Csonka, Mercury Morris, Larry Little, Dwight Stephenson, Jason Taylor, Paul Warfield, Mark Duper, Mark Clayton and on and on it goes.

Tributes to Shula have poured in from all over the sports world, giving all who knew and admired the great coach a chance to reflect on his tremendous life. Some had more of a front-row seat than others. One of them is accomplished sports photographer Marc Serota, a longtime Florida resident who roamed the sideline at Dolphins games for years during Shula’s reign.

We caught up with Marc after news of Shula’s death broke and asked him to share some remembrances and a selection of his photos of the Hall of Fame coach.

“There’s a couple of moments that I’ll remember for the rest of my life, and they don’t include the one where he got his 347th victory in the NFL, which is a record set in 1994 and still stands today,” Serota said.  “That’s right, it’s not Sean Payton, Andy Reid or Bill Belichick, not Chuck Knoll, Tom Landry or Bill Parcells…It’s Don Shula, one of the most innovative, ahead-of-his-time, fair-minded coaches to ever walk an NFL sideline.”

Early in my career – it was 1987— I was an intern for the Miami Herald driving to shoot my first NFL game at the old Orange Bowl. I was shooting for AFP (a European picture agency). As I was looking down at my directions, the personal enormity of the event hit me: I was driving on the Don Shula Expressway! I was traveling to shoot my first Dolphins game ever and get a chance to cover the already legendary Don Shula and Dan Marino against the undefeated Chicago Bears – and I was on the highway named after Shula.

Ten years ago it was Coach Shula‘s 80th birthday party, held at Pro Player Stadium for a private audience of 100 people. There were friends and family, celebrities and Hall of Fame athletes in attendance. I remember thinking how cool it was to see all these people show up to celebrate Coach‘s birthday and then it happened … Fergie from the rock band Black-Eyed Peas surprised Coach Shula on stage. Coach was in a wheelchair so she sat across his lap and began singing Happy Birthday, in a similar fashion to Marilyn Monroe’s famous rendition to President Kennedy. In all the years I’ve been around Coach Shula, with his Mount Rushmore jaw line and stoic stare, I’d never seen him blush before, or smile so big.

I vividly remember Coach Shula’s retirement speech at the Miami Dolphins training facility in Davie, Florida… It was one of the biggest press conferences ever held at the facility, bigger than Jimmy Johnson signing on as coach or Dan Marino‘s retirement. There were dozens of media members and even more Dolphin legends in attendance. The thing that stood out to me most was how many former players and media members were in tears as Shula said goodbye to the game. Lots of great coaches exit the game, but few get to make the impact he did, step away on their own terms, and experience the kind of sendoff that Coach Shula received that day. 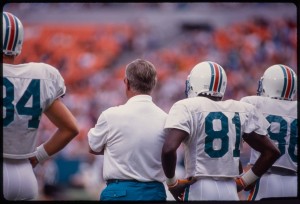 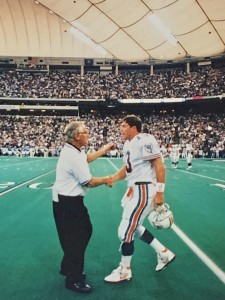 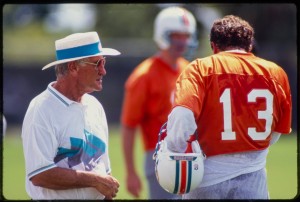 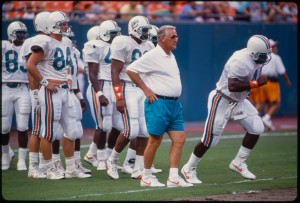 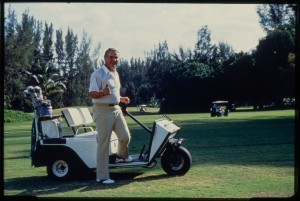 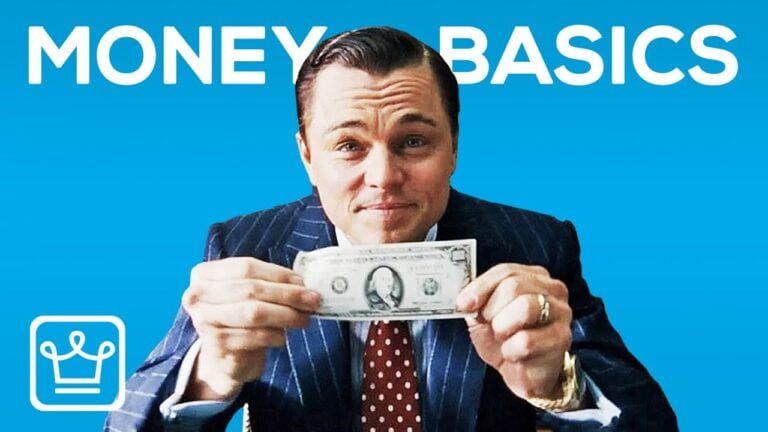 15 Basic Money Skills Everyone Should Know 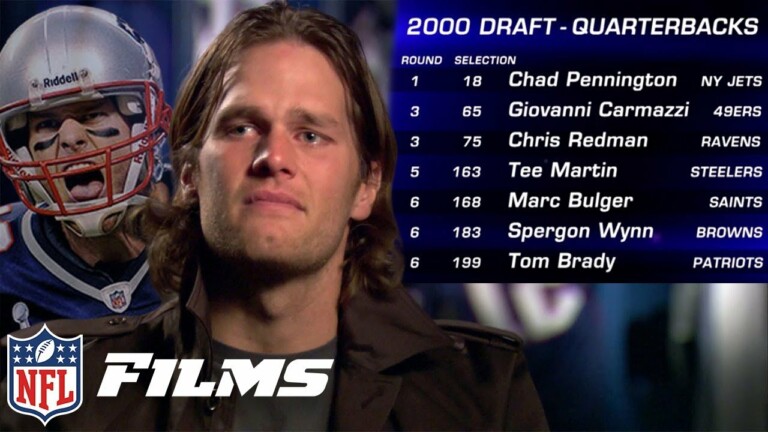 The Brady 6: Journey of the Legend NO ONE Wanted! 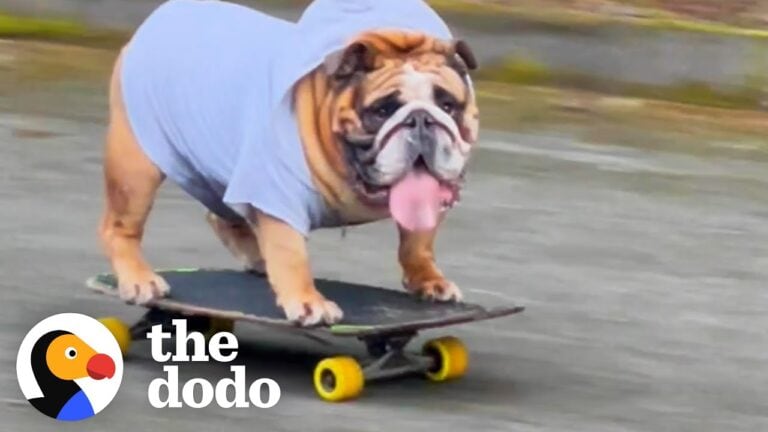 Meet Chowder, The Bulldog Obsessed With His Skateboard

Don Shula: A Sports Photographer’s View Of The Legendary Coach