TV: Then And Now

Baby Boomers were the first generation to grow-up with television. (Which is probably one reason we’re so screwed up.) But TV then was nothing like TV now. We didn’t have nearly as much to watch but, as a result, we were watching it together. A television show could capture the hearts and minds of the entire nation and unite us in cultural conversations. They called them “water cooler shows” because that’s where everyone supposedly gathered to talk about them at work. Which is stupid because I don’t think I ever talked to anyone around a water cooler, other than to ask them to change the bottle for me.

These days, TV audiences have been fragmented by too many program choices, time shifting technologies, cable channels, streaming services and on-demand options. Now when somebody asks me if I’ve seen some great new show they’re watching, my frustrated response is usually, “I never even heard of it.”

We enthusiastically debated the burning questions of our time like who’s hotter, Ginger or Mary Ann? If the Professor can build all those complicated contraptions, why can’t he patch a hole in the side of a boat? Why does a hot dog make Patty Duke lose control? What exactly is she doing with them? But there was never any debate over who was the better Darren.

There was a time when we all knew the words to our favorite show’s theme songs.

There were classics that spelled out the premise in under 90 seconds like Gilligan’s Island, The Brady Bunch, and The Beverly Hillbillies. All these years later, I still remember the lyrics to those songs. I just can’t remember where I put the remote control yesterday. Some of these songs even became Top 10 hits like Secret Agent Man, Welcome Back, Kotter and Hawaii Five-0. It’s been so long since a TV theme song made the Top 10 that, the last time one did, you could listen to it on a cassette tape.

There was value in our commonly shared culture.

It bonded us with people who we might not have anything else in common. In my old neighborhood in New York, we used to gather on summer nights on our front stoops and re-tell plots from old Twilight Zone episodes, like we were telling ghost stories around a campfire. You could only see The Wizard of Oz once a year, so when it was on every child with a TV set was watching it. Can you imagine telling a five year old girl today that she can’t watch Frozen for another twelve months? And once we were old enough to stay up late, we all watched Johnny Carson before we went to bed. His frequent guests like Don Rickles, Burt Reynolds, Carol Wayne and even Robert Blake (he was a lot more fun back then) were like favorite relatives who would tuck us in at night.

In those days, a series like Roots reached an average audience of over 80 million people an episode (while raising the social awareness of the nation). Approximately 83 million fans tuned in to find out who shot J.R. on Dallas (while lowering the collective I.Q. of the nation). More than 106 million of us watched the final episode of MASH (which still holds the record for the most viewers of any scripted TV episode, and probably will forever). But recently they made a big deal when the Game of Thrones series finale got less than 20 million viewers. These days, the bar for what qualifies as a “hit show” has been set so low that even Peter Dinklage can get over it.

Back then, TV shows spawned a slew of catch phrases.

We constantly repeated them and we thought they just kept getting funnier every time we did. Show’s like Get Smart had us giggling over “Would you believe…,” “Sorry about that, Chief” and “Missed it by that much.” Star Trek had us regularly quoting “To boldly go where no man has gone before,” “Live long and prosper” and “Beam me up, Scotty.” The grandfather of all catch phrase shows was Rowan & Martin’s Laugh-In which introduced many seriously silly one liners like “Sock it to me,” “Here comes da judge” and “Veeeery interesting, but stupid.” Most of these classic lines would just sound like nonsense to anyone who didn’t grow up with them but for those of us who did, they’re like secret passwords that get us into a private club.

When I was a kid, my parents used to call me a “TV junkie” and I’ve been happily addicted to television ever since. But these days I feel like I’m OD’ing.

I used to watch anything and everything.

(Except for the Real Housewives franchise. Those shows are the TV equivalent of chalk on a blackboard.) But even I can’t keep track of all the new shows anymore. In my lifetime, we’ve gone from eight broadcast channels to hundreds of cable networks to online streaming services that now have, literally, millions of channels. YouTube alone has over 30 million channels, which I am afraid to look at for fear of what of what I’ll find there. (BTW – that’s mostly what your grandkids are watching these days.)

How do TV critics have the time to watch all the shows they have to review? How do Emmy voters possibly see each of the programs competing for awards? How can a TV junkie like me know which are the shows I’d most like to see and where I can find them? Why do I keep asking all these rhetorical questions that you couldn’t possibly know the answers to?

Since people now watch their shows on different media platforms and at different times, “spoiler alerts” have become a major source of contention. They have been known to spark anything from verbal abuse to physical beatings. If you don’t want to know what happens on your favorite program before you get around to seeing it, you’d better not watch TV, listen to the radio, or go anywhere near the internet. Don’t go on Twitter, Facebook, YouTube or Instagram and don’t even think about picking up your smartphone. Better not talk to any friends, enemies, colleagues, casual acquaintances or – just to be safe – any strangers. Basically, you’ll just want to just go live in a cave until you can binge watch and catch up.

There are so many advantages to this era of “Peak TV.”

We can watch whatever we want, whenever we want. The audio, the picture quality, the special effects, the budgets and the talent are improving exponentially. The sheer multitude of shows offers a mind-boggling array of niche programs aimed at audiences that have long been underserved, while creating unprecedented opportunities for diversity in both the creative arts and business sides of the industry. But perhaps the greatest achievement of all is that nobody will ever again have to utter the words, “There’s nothing good on TV tonight.” 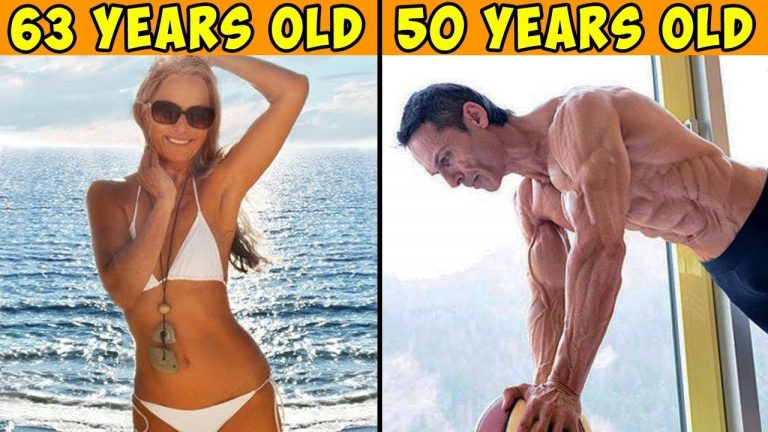 You Won’t Believe How Old They Are

Why We Watch The Pigskin On Turkey Day