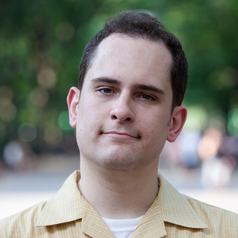 In late April, after James Corden announced he would step down from “The Late Late Show” next spring, there was immediate speculation about his replacement.

Others, however, have had a different response to recent changes to the late-night TV lineup: Who cares?

Ratings are down, they point out. The shows can’t get over their Trump obsession. They represent a bygone era of television.

But in my view, late-night can still matter. Contrary to what some might say, late-night is not “dead,” and it can come back. But if it doesn’t want to fall by the cultural wayside as baseball has, it needs to do what the national pastime hasn’t: adapt and evolve.

For nine years, I wrote for two late-night shows: “Late Night” and “The Tonight Show,” both hosted by Jimmy Fallon. I saw, firsthand, a fledgling show that aired at 12:30 a.m. blossom into a hugely successful show in the coveted 11:30 p.m. slot. I was also around for the beginning of its slide.

When I began teaching Writing for Late Night at Emerson College in 2019, late-night remained formidable. At the start of a semester, I asked how many in class regularly viewed a network late-night talk show. Every student watched at least one; most, two.

By 2021, only about half said they tuned in, with most watching “The Eric Andre Show” on Adult Swim and “Conan” on TBS – the latter of which would end in June 2021.

This year, only around 30% of my late-night comedy students deemed themselves “regular” viewers of any of these shows. While I admired their honesty, I thought: This isn’t good.

So I asked my students, who make up a portion of late-night’s key demographic of 18-to-34-year-olds, “How would you change late-night?”

Another spin of the news cycle

As one student observed, there is so much rehashing of stories that have already made news, it feels like you’re just watching more news.

Thus came the follow-up question: Why the need to intensely cover top news?

A suggestion from multiple students was to focus more on specific, relatable issues in monologues. I found this interesting, as that was the style of Joan Rivers and Craig Ferguson – two examples of personalities who eschewed rapid-fire topicality in favor of issues affecting everyday people.

What is the true entertainment value of six jokes about the debt ceiling? What if, instead of dreary news about gas prices, the economy or COVID-19, the focus were on topics like choosing to work from home, going back to movie theaters or picking a pricey streaming service? What if the deep-dive style John Oliver has mastered for Sunday nights were tailored to those who’ve trudged through Wednesday?

Former President Donald Trump still makes for easy late-night fodder – and remains a reliable source of late-night virality. But when the same exact Trump joke gets told by five hosts – which actually happened in March 2018 – the formula probably isn’t sustainable.

A number of students noted that they sometimes find late-night shows patronizing, with the hosts making misguided assumptions about their generation. They don’t all love the Korean boy band BTS or want to hear celebrities talking about their lavish lives. And they aren’t exactly on board with non-fungible tokens, or NFTs – the digital collectibles that have seen a spike in popularity over the past year.

In January 2022, two of my late-night classes and an office-hours meeting all began with some version of the same question: “What’s up with your old boss and this ape thing?”

They were referring to a segment in which Jimmy Fallon interviewed Paris Hilton and compared their respective NFTs. I found the clip fairly innocuous – but I’m no longer part of the target demographic.

In class, it was described as “tone-deaf” – two wealthy people comparing costly purchases of digital cartoons when aspiring writers can barely afford laptops. Some students spoke of feeling alienated by what has come to be known as “celebrity culture.”

I was tempted to push back on this. Big-name guests are draws. But then I thought about Myrtle Young.

Myrtle was a one-time guest of Johnny Carson – an elderly woman from Indiana who collected potato chips that resembled objects and people.

It was awkward and bizarre, but heartwarming and real. Myrtle wasn’t trying to hawk her wares to people who couldn’t afford them; she was simply sharing a funny but entertaining passion.

I’m not saying that audiences have to see some version of Myrtle and her chips each night. But do viewers need to see the same actor twice in one month, promoting the same movie they promoted last time they appeared?

The most common suggestion from my students was that late-night needs more diversity.

A name that came up multiple times was Lilly Singh, a hugely popular YouTube star who has amassed 14.7 million subscribers.

In 2019, Singh was announced as the new host for a nightly NBC show following Fallon and Seth Meyers – a move that was heralded as a much-needed diversification from late-night’s “straight guy in a suit” trope.

Singh is bisexual, Indian-Canadian – and, most importantly, funny. I viewed Singh as a “Tonight Show” host-in-waiting.

But something went wrong. There were reports of new showrunners, new approaches and, finally, a cancellation.

From the outside looking in, it seemed as if those who could help promote and empower Singh on the television side counted on the new host to promote the show herself on YouTube, Instagram and TikTok.

But if someone’s already watching something on YouTube, Instagram and TikTok, why would they set their DVRs for 1:30 a.m.?

Several students spoke positively of Singh’s show and appreciated that it played to an audience accustomed to viral videos while modernizing late-night norms. Is it possible those in charge of late-night just didn’t “get” Lilly Singh?

It wouldn’t be the first time that a young host went through some growing pains. In 1993, Conan O’Brien was hammered by one critic after another during a rocky start replacing David Letterman on “Late Night.” Even O’Brien admitted that it took his show approximately three years to find its voice. By comparison, Singh was given two.

And with that, network viewers were left with a menu of five – soon to be four – white guys in suits: Corden, Fallon, Meyers, Stephen Colbert and Jimmy Kimmel.

I often wonder how I grew up with Rivers and Arsenio Hall only to see things go backward. I also wonder why the performer I consider the most talented of all current hosts, Amber Ruffin, who is not a white guy in a suit, airs weekly on the streaming platform Peacock rather than nightly on broadcast TV.

It’s baffling that my students, who eagerly consume Aunty Donna, Tim Robinson, Ziwe, Eric Andre and Desus & Mero, get none of the above in mainstream late-night.

I can’t force those in power to make changes. But what I can do is report the views of my students – talented, intelligent writers who hope to hear their own jokes on television one day, but who often struggle to find a show from which to learn.

Conservative comic Greg Gutfeld is dominating ratings not just because he’s cornered one demographic on Fox News, but because of systemic shortcomings on network TV.

Funny or not, Gutfeld knows his audience and wants to win. He cares. Yet the chorus remains some version of, “He’s just a conservative blowhard from Manhattan who’s out of his element, and the sheen will eventually wear off.”

Interesting. The last time the pundits were so arrogantly dismissive, a network television host laughed all the way to the White House.

Jon Rineman
Affiliated Faculty, Visual and Media Arts & Comedic Arts, Emerson College. From 2009 to 2018, I was a staff writer for "Late Night with Jimmy Fallon" and "The Tonight Show." From 2013 to 2018, I was the shows' Head Monologue Writer and filled in as an interim Head Writer from 2017 to 2018. I currently teach screenwriting at Emerson College in Boston, including Comedy Writing for Late Night. I have also written for World Wrestling Entertainment, and prior to and while writing for Jimmy Fallon, wrote material for Jay Leno and Seth Meyers.
Comments
More Articles & Videos
ManoMentor 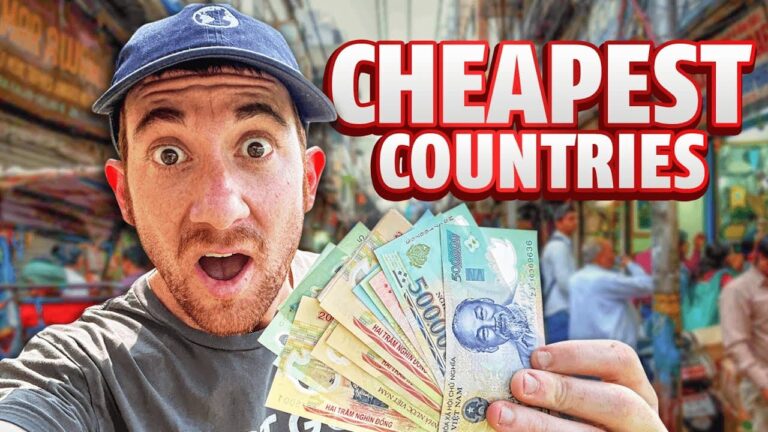 10 Cheapest Countries In The World For Travelers 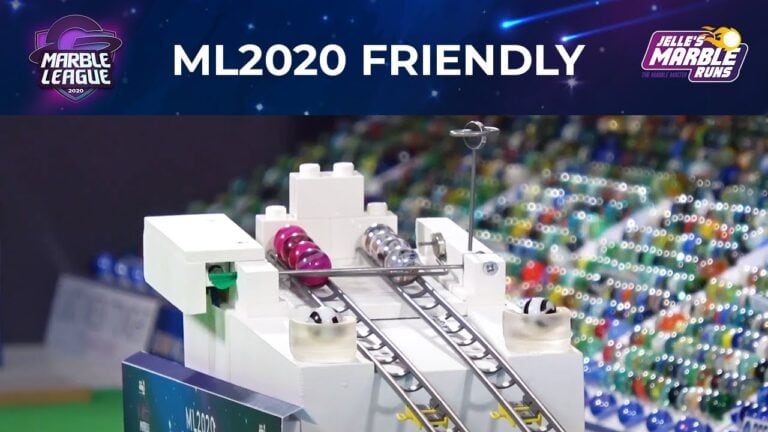 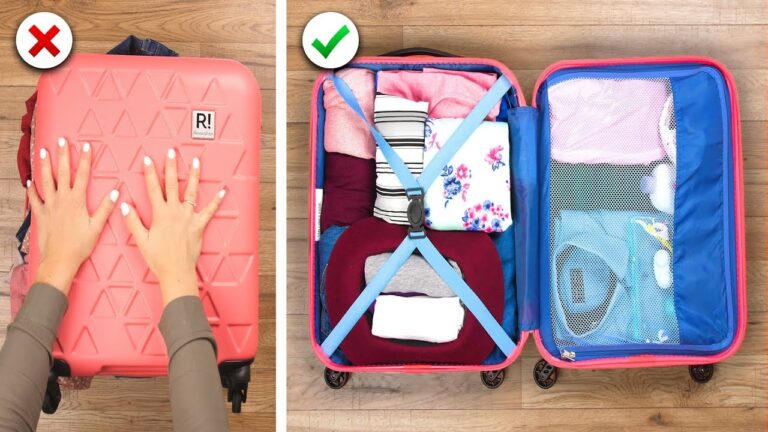 What Can Reverse Late-Night TV's Decline?