The Anxiety Of Death

Then there’s the soul. And the soul of me might offer a lesson about the souls of men.

I surprised myself that dark night I thought I might die. For most of my life, I’ve said nightly prayers, and I’ve had a vague belief that there is some sort of life after death — the product of a Catholic upbringing, Presbyterian church attendance and a yoga practice infused with Hindu spirituality.

Still, I’ve been afraid to die. And that fear, while understandable, has fueled the anxiety that occasionally has hijacked my mind.

But when I sensed my mother with me the night of the many surges, peace replaced terror. Surrendering to the possibility I could perish then and there and join her, I experienced calmness in my soul and courage to face the unknown.

Many men pooh pooh matters of the spirit. As adolescents, we tease those who take the soul seriously. And that attitude carries into our adult lives as men, where we are much more focused on material achievements and the realm of the flesh. Indeed, recent research finds that men are in general more likely than women to describe themselves as atheists, agnostics or nothing in particular. Spiritual seekers are often written off as “holy rollers” or “woo woo.”

I’ve bought into those biases. Even though I’ve long been drawn to explore the sacred, I’ve harbored shame about that desire.

My dark night of the soul helped erase the vestiges of that self-loathing. What richness we give up when we sneer at spirit. What strength we forfeit when we focus on physical fitness to the exclusion of a fully alive soul.

I was able to not only survive the scariest hours of my life, but to transcend fear itself, by listening to a spiritual calling. And allowing myself to follow that voice where it would take me.

I’m glad my path remains on this earth for now. And the map to the serenity I experienced, and to the physical and mental healing I’ve achieved, is largely about the circle. Vulnerability, emotional expressivity, connection, community, spiritual openness — these are circle traits rather than arrow energies.

I’m returning here to the male symbol composed of a circle with an arrow jutting out to the upper right. It appears the origins of the arrow and circle to represent “male” and the circle and cross to represent “female” have roots in the Greek letters that begin the words for the planets Mars and Venus, respectively. Plenty of meanings have since been heaped on the symbols. Some have viewed the male arrow and circle as the shield and spear of the god of war.

It’s also easy, from an anatomical perspective, to see the male symbol as scrotum and erect penis. The circle therefore contains those quintessential male components — the testicles. A man’s “balls” are about his courage. Particular kinds of courage, though: bravado especially in the sexual, physical and financial realms.

I can “see” this interpretation. But even if we do view the circle as sac, it also speaks to a different side of men. It conveys procreation, and therefore child-rearing and care-giving.

To me, then, it’s helpful to see the circle in the male symbol as containing the feminine side of men.

There, I said it.

We men have feminine traits or energies available to us. Receptivity, emotional depth, connection to others and to the sacred are all human qualities. Guys can access these qualities just as women and people of other gender identities can access masculine energies such as confidence and a driving sense of purpose.

The yin and yang of the feminine and masculine exist in all of us.

For thousands of years, though, men have rejected the feminine within. This denial has coincided with a banishment of the “divine feminine” in our spiritual and religious lives. And that has hurt men and women alike. Scholar Matthew Fox puts it this way: “The male soul has been profoundly wounded by this history — as has the female soul. Today, the stakes for finding a Sacred Marriage of the Divine Feminine and Sacred Masculine have never been higher. Our survival hangs in the balance.”

Fox is getting at the way our collective lack of compassion and connection — to each other and to nature — have taken humanity to the brink of extinction. Annihilation via nuclear war remains a threat, and it’s ever clearer our species is close to the point of no return when it comes to global warming and climate catastrophe.

The Importance Of Friendships In Men

But this slighting of the circle carries negative individual effects as well. We men typically opt for a hyper-masculine, hypo-feminine life, and we suffer for it. Our dearth of compassion includes a lack of self-compassion. So we fail to care for ourselves. That leads to skipping doctor check-ups, and potentially missing early signals of serious disease.

This is true for heart attacks and other cardiac events in particular. A 2019 Canadian study found that “refusing to recognise the cardiac event and purposely delaying the hospital (emergency department) visit seems to be a prevailing behaviour among men.” Men’s sense of invincibility was a factor explaining the denial, as was the vulnerability men felt as they experienced such things as a loss of control or a fear of death.

Our sense of ourselves as self-sufficient, rugged individuals, meanwhile, hinders our ability to make and nurture friendships. This failure to connect leads to impoverished, shorter lives. Weak social connections have been linked to a reduction of lifespan similar to that caused by smoking fifteen cigarettes a day and even greater than that associated with obesity.

The proportion of men living alone in 2018 was twice what it was in 1970. Covid and its lock-downs exacerbated many men’s social isolation. And that isolation is leading to despair and death. One study found that middle-aged men who have many close relationships can weather three or more incidents of intense stress per year — such as divorce, financial trouble, or getting fired — without an increase in their mortality rate. That level of stress, though, tripled the death rate of socially isolated middle-aged men.

Suicide rates for both men and women have climbed over the past two decades in the U.S. But men are about 3.6 times more likely to take their own lives.

Rejecting the circle, the feminine, also leads men to struggle in the wake of heart attacks. The Canadian study mentioned above sought to understand why men who have suffered a heart attack are at high risk of having undiagnosed mental health challenges such as depression, anxiety and post-traumatic stress disorder. Among their their conclusions? Heart attacks and surgeries strike at the “heart” of men’s identities.

“Our study revealed ‘broken masculinity’ to be an untold and unrecognised distress following a cardiac event,” the authors wrote. “We found that men experienced a great deal of psychological anguish over the changes imposed by their cardiac illness, and that these changes were directly related to their sense of themselves as men in their family and in society.”

A quote from one of the men in the study illustrates this sense of a manhood unmade by a heart event: “It changed my life totally. Like, you know, I was pretty confident, …I was a supervisor at my work, captain of my team, just, you know, that 10 feet tall and bulletproof. I wasn’t there anymore.”

In other words, a heart attack raises questions about a man’s strength, his vitality, his independence and his ability to provide for his family. These are almost exclusively arrow traits. So if a man denies the circle qualities such as self-compassion, vulnerability and receptivity, heart trauma can lead to “head trauma.”

The Circle Traits That Freed Me From Anxiety

I’m sure my life-long struggle with anxiety played a major role in my post-heart-attack moments of panic and despair. But I suspect some of the same “broken masculinity” factors affected me as well: the fear of seeming weak, of breaking the taboo of needing help, of losing my shield of invincibility.

I was tempted to go down that path of self-loathing, worry and depression. But mostly I chose a different course — one with overlapping circles that allowed me to spiral upwards. The emotional and physical vulnerability, the connections to community, the openness to spirit.

In some ways, the circle stuff was easy for me. Last year, I published a book on the topic of men needing to break out of confined views. Co-authored with Dr. Ed Adams, the book’s title is Reinventing Masculinity: The Liberating Power of Compassion and Connection. And truly, compassion, connection and other circle traits have enabled me to live, to heal and to feel freer than ever from anxiety.

But I also needed the arrow. I needed traditional masculine traits like physical courage and focus. For example, I had to steel myself to get stabbed repeatedly for intravenous lines and blood draws. I’ve fainted in the past during blood draws. But I was a good soldier for about a dozen of those needle jabs in the course of my hospital stay and subsequent emergency room visit.

I also had to muster my bravery to make it through the cardiac catheterization. I squelched the claustrophobia I felt with the massive imaging machine suspended inches above my chest. And I suppressed my queasiness at the thought of the docs puncturing my wrist artery and snaking a tube all the way into my heart.

I’m mindful, by the way, of how women courageously endure as much or more pain than men do. Childbirth is exhibit A along these lines. I would suggest that women’s pain tolerance in labor and other settings is a case of masculine energy expressing itself in women. Again, we all contain both the masculine and the feminine within ourselves.

One of my childhood friends from Buffalo texted after the heart attack: “Ed — be strong and keep the faith.” And even though there were moments I needed to get vulnerable, his arrow-ish advice to be strong was on target.

It was wise advice as Rowena drove me back to the hospital after I first sensed another possible heart attack. In all likelihood, I was in a state of anxiety rather than suffering an actual heart attack. But I remember thinking I needed to keep my shit together during that 20-minute car trip. If I’d fainted or started feeling a full-blown heart attack, we may have had to pull over and call an ambulance. That could have meant a long wait and maybe even a fatal outcome. So I focused. I concentrated on deep breaths. I stayed strong enough to get to the hospital.

The arrow has continued to be important during my recovery these past few months.

I summoned the courage to test my heart during a hike with Rowena — walking up inclines that had me breathing hard. Then I returned to yoga classes and swimming. I challenged myself to get sweaty during warrior poses and chaturangas — yogi push-ups. And I began letting it rip every fifth lap in the pool, racing and getting my heartbeat up to a healthy 145 or so beats per minute.

It has felt great to feel this physical strength. This manly power, this positive arrow energy. 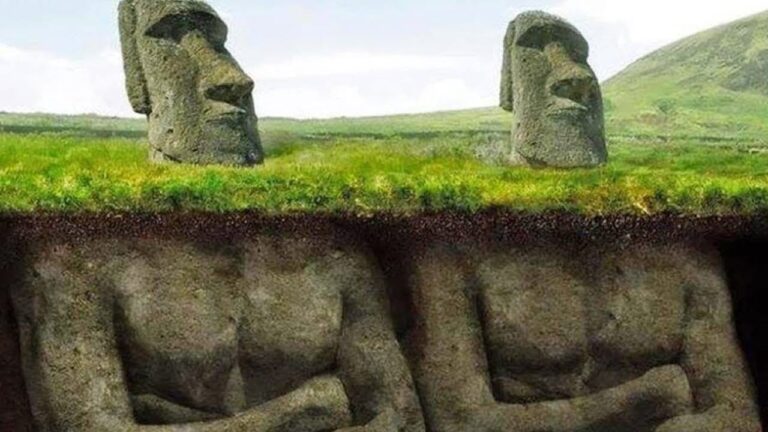