I know there are a lot of places in this world to go for a vacation, but Iceland is an exceptional destination that has to go on your bucket list. The country has made great strides promoting tourism over the last 10 years, including partnering with airlines for affordable airfares, and offering great pricing on lodging and food. Iceland has been featured in many movies and TV shows, including “The Secret Life of Walter Mitty,” “Vikings,” and “Game of Thrones,” undoubtedly increasing its visibility.

Before I start this vicarious journey, here are few interesting facts about Iceland. The country has a mobile app that people use when they’re about to “get busy” to make sure they’re not related–it’s a small, homogeneous country! It seems to be working as they are a good-looking group of people! Also, one of the indigenous foods is fermented shark. Sounds awful, and according to most of the locals, it is. Shark meat is fermented, then hung to dry for several weeks. They discouraged us from trying it. Another thing, and no surprise, fish is the most plentiful food in Iceland, but they also have a weird fascination with pizza. It’s everywhere, and sometimes it’s all you can get. Pizza is certainly better than fermented shark, but it’s not New York pizza! And finally, we went in May, and the days were about 21 hours long, which made it easy to see a lot of Iceland. If you go in the winter, the days are short, but you’ll see the aurora!

I went in 2016 with my wife, 2 daughters, and my sons-in-law. We did some research and decided that taking a preplanned tour through an agency was not for us. We wanted the freedom to go at our own pace and stop to see whatever we wanted. So we rented a 9 person van to accommodate people and luggage. We landed at Keflavik airport, obtained the reserved van without fanfare, and headed into Reykjavik.

I recommend some sort of GPS, as the language is indecipherable. We only stayed one night in town, planning on seeing Reykjavik after we completed our loop around Iceland. The hotel, the Radisson Blu, was located right next to our first tourist attraction, the Hofdi House, where President Reagan and Mikhail Gorbachev held their Iceland Summit in 1986.

There are plenty of interesting sites in Reykjavik. At the top of the hill in the center of the city is the Hallgrimskirkja, a 244 foot tall landmark Lutheran church built in 1945. The view from the top is spectacular.

…but is it coincidental that they have a Penis Museum at the bottom of the hill?

The next day we headed out on the first leg of our counter-clockwise journey around Iceland. We had hotels reserved every night in target cities that allowed us to make our way without check-in pressure. We stopped at our “must-see” sights, but also stopped whenever we saw something cool. On the first day, two great places were Seljalandsfoss and Hveragrdi.

Seljalandsfoss is one of the most popular waterfalls, created by runoff from the unpronounceable Eyjatjallajokull glacier, where the volcano that erupted in 2010 is located, causing havoc with air travel. This unique waterfall allows you to walk behind it, creating spectacular visuals.

And just a short walk down from there is a beautiful cave waterfall.

The second highlight was a great hiking spot through an area with geothermal vents, lush growth, and mud pits.

Our first overnight was in Hella, actually pronounced like Hetla, on the southeast coast. We had great rooms at the Stracta hotel, with a nice continental breakfast included. The next day our main goal was to hike a glacier. We visited Skaflafellsjokull glacier and had a guided tour, donning crampons and using poles to climb the leading, and sadly retreating, edge of the ice. You absolutely need a guide as there are sinkholes in the glacier, and if you fall in, you ain’t getting out. It was a fascinating climb on this ancient ice mass. And we got to drink fresh, flowing glacier water as it ran down towards the river below.

After that great experience, we continued east on Route 1 and stopped at a glacial lagoon called Jokulsarlon. Big chunks of white and blue ice flow down off the glacier and out into the Atlantic. It’s mesmerizing.

Down the road we stopped at the famous black sand beach, where they have these unique basalt rock stacks along the cliffs. These were actually used in an episode of “Game of Thrones.” And offshore stands a lone phallic spire. Iceland, you cad!

After overnighting at the Fosshotel in a town called Hofn, we again lighted out, this time heading North into Fjord country. We ascended into the mountains, encountering beautiful winter scenery. We descended down into one of the fjords along the road that Ben Stiller skateboarded down in “Walter Mitty.” It leads to a charming town along a lake. Most of the restaurants were closed for their version of “siesta,” but the open one served, you guessed it, pizza! As we headed inland and North, we encountered a vast, empty, desolate but beautiful landscape.

We stayed the night at the Hotel Laxa in a town called Myvatn, meaning Lake of Midges. What’s a midge? A small fly that is aggravatingly abundant in the summer months. We encountered none, thankfully. The next day, we headed up to one of the most northern towns, Husavik, famous as the place where the first house was built in Iceland in 860, and for whale watching! We all geared up in foul-weather clothing provided by the company and headed out into the North Atlantic. Fortunately, the waves were reasonable and the winds were mild, so I was able to hold my breakfast down. On the way out to sea, puffins were flying back and forth with their catches for the little ones at home. They are so cute, but puffins are on the menu in Iceland. Apparently, they taste like fishy duck. I’d rather just look at them.

A large variety of whales traverse these waters at various times of year. We were able to see mostly Blue and Minke whales. We kept our distance, but it was a magnificent sight nonetheless.

After an exhausting day of activities, we overnighted at the Hotel Kea in Akureyri, the country’s 4th largest city. Mostly a large port and fishing town, it feels very European. From here we ventured back to Reykjavik, stopping along the way to check out volcano craters and more waterfalls.

Once back in Reykjavik, we stayed at the Foss Hotel, a little more centrally located. We explored more of the town, but we had 2 main things to see: the Golden Circle and The Blue Lagoon.

If you don’t have enough time to circumnavigate Iceland like we did, then just do the Golden Circle. It is a 190 mile loop around a great National Park with 3 main attractions. The first is the Thingvellir National Park, an historic site that has the only above-water section of the collision point of the North American and the Eurasian tectonic plates. The North American plate rises high above the Eurasian Plate valley below. The variety of landscapes in one area is stunning–crevasses and peaks and waterfalls abound.

Next on the Golden Circle is the Geysir Geothermal Park, featuring the still active Strokker geyser. You can get up close and personal with the geyser, at your own risk of course. Just another sign of the significant geothermal activity beneath the surface of Iceland!

The final destination for us on the Golden Circle was the world famous and spectacular Gullfoss Waterfall. While not the largest waterfall in the world, it’s huge and has a 105 ft. drop. There is a long path that leads to an observation point as close to the water as you dare to go!

By now we were exhausted and headed back to Reykjavik for a nice seafood dinner and some sleep. The final day itinerary was to relax at the world famous Blue Lagoon Spa. This is located almost midway between Reykjavik and the airport. The pools at the spa are filled with mineral water that is runoff from the geothermal power station located nearby. The water is a blue hue because of the soft, silica-based mud that lines the lagoon, which by the way, is great for your skin! The water stays a constant 99-102 degrees, perfect for relaxing tired muscles. Spa treatments are available as well. And they have an excellent restaurant on site with fantastic food that you can enjoy in your bathrobe and swimsuit!

I can’t recommend Iceland enough! The people are friendly, and the country has a unique amalgam of primitive, desolate and ever-changing landscape, as well as modern cities with all the amenities. I plan to go back in the winter to enjoy the Northern Lights, Ice Caves, and more whale watching!

How Can We Be Creative With Self-Care? 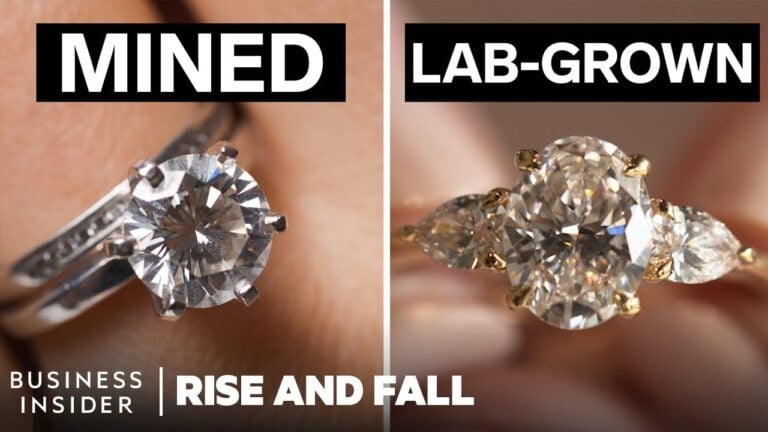 Can Diamonds Made In A Lab Replace Natural Ones?

I Dieted Like A Vegan Pro Athlete For 30 Days